PORT, in partnership with Sanders-Pace Architecture, was commissioned by the Aslan Foundation to develop a planning strategy and framework for 600-acres of forest overlooking the Tennessee River in South Knoxville. The territory includes underutilized historical, cultural and natural assets such as three (Union) civil war defense fortifications and a battlefield site; two naturally occurring lakes and a large quarry lake; a 200’ high bluff overlooking the University of Tennessee and Tennessee River below; as well a collection of informal trails that have emerged through the ad-hoc usage of the land.

The project endeavors to preserve the land in this area of Knoxville for its environmental, recreational and cultural assets—both established and latent. The master plan provides a framework for this activity by increasing accessibility to the territory through the establishment of a legible circulation network that connects the preserved territory back to the city at large. This network is punctuated by a series of collection areas, over-looks, and event spaces including swimming venues, outdoor classrooms, trails and trailheads, bridges, and a community amphitheater. PORT is currently working with the Aslan Foundation and the city of Knoxville to prioritize and phase a set of initial public-private partnership projects across the full project area. 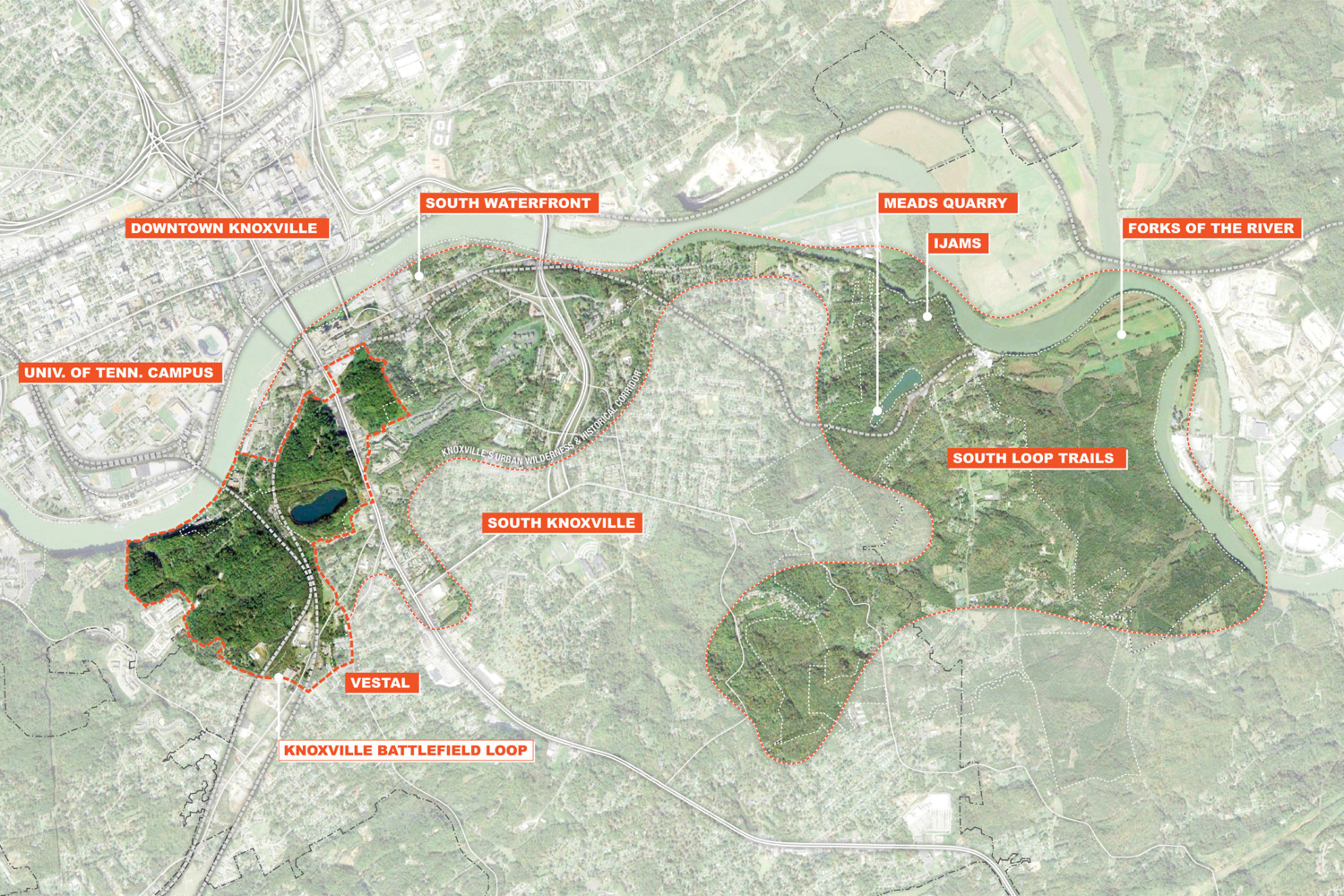 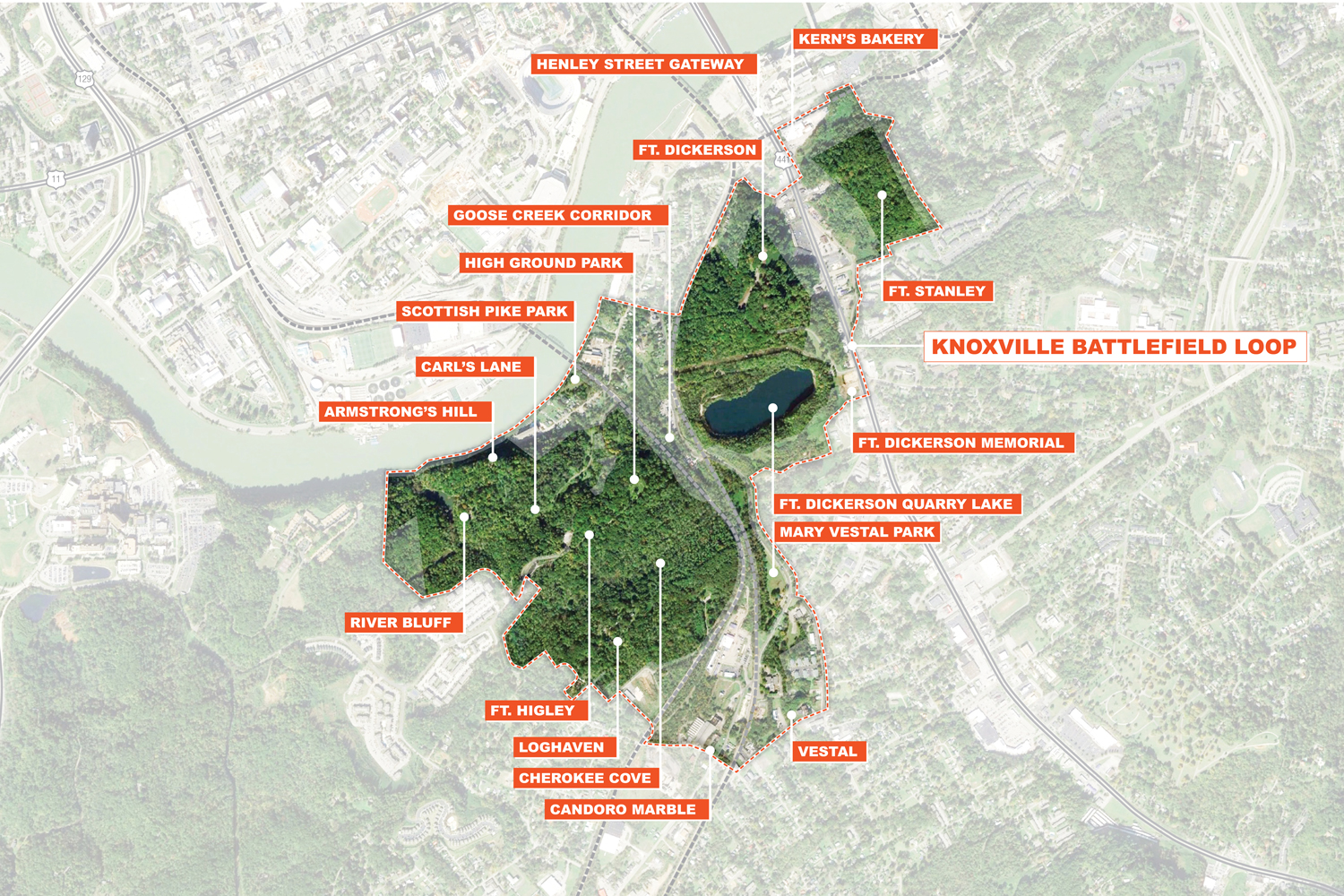 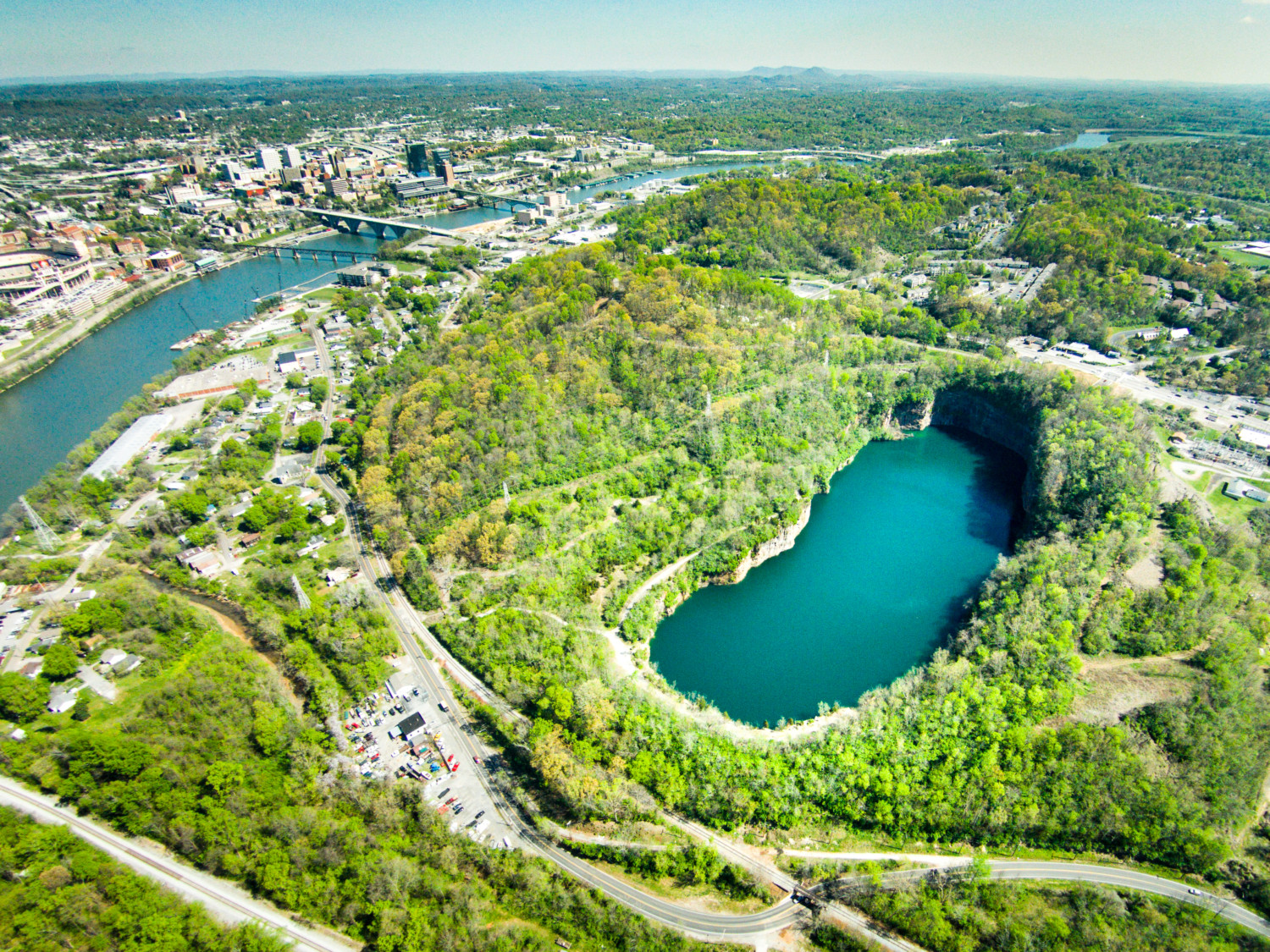