As part of the ongoing development of the Knoxville Battlefield Loop Master Plan, the City of Knoxville identified the Augusta Quarry at Fort Dickerson Park as a priority project. Working with the Aslan Foundation and the City of Knoxville, in collaboration with Sanders Pace Architecture, PORT kicked off design and public engagement for increased access and new recreational amenities, with Phase 1 work targeted for completion for the summer swimming season of 2019.

Originally a 1000’ high hill topped by a Union Civil War fort, the site was quarried for limestone during the first half of the 20th century. By the 1970s, the quarry was closed and water no longer pumped, which resulted in the creation of an artificial lake, which is today used by local residents as an informal swimming venue. The design aims to formalize these activities through the introduction of a boardwalk, swimming beach, get-downs, overlooks, food kiosks and kayak/boat rentals, in addition to public parking and improved access to the water. The site’s rich history, incredible scale, and dramatic views inform the priorities of the PORT/SPA design approach. 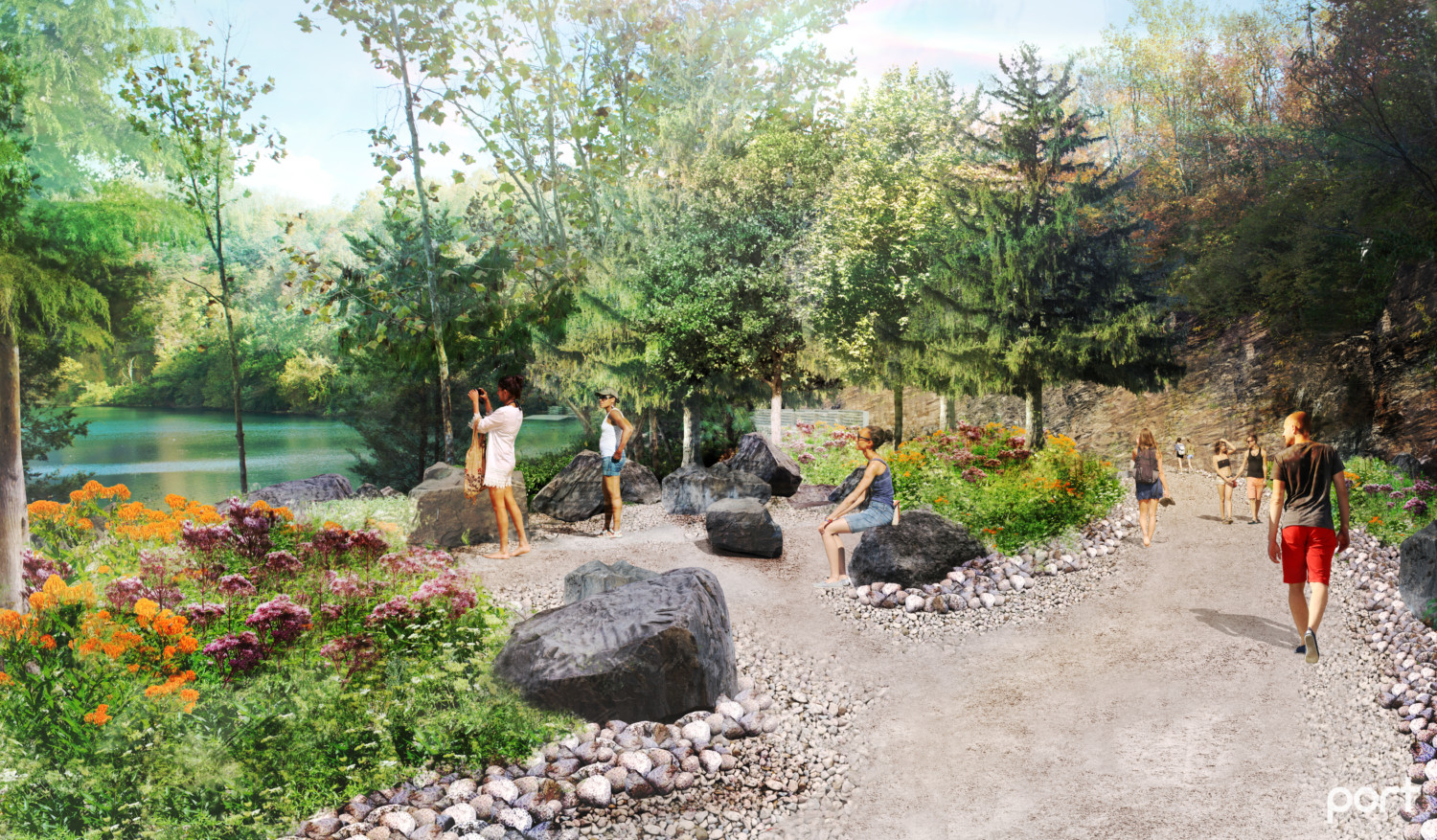 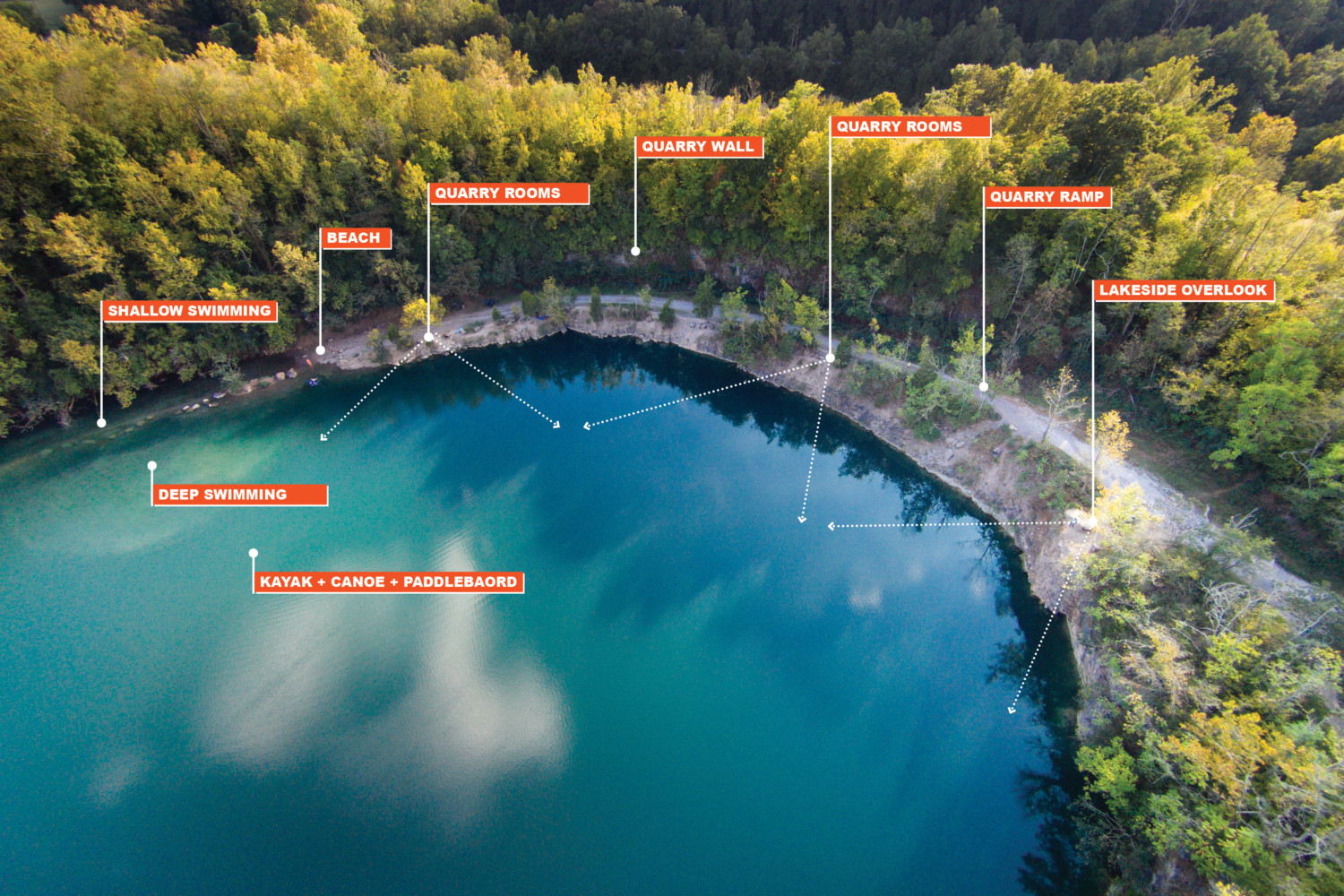 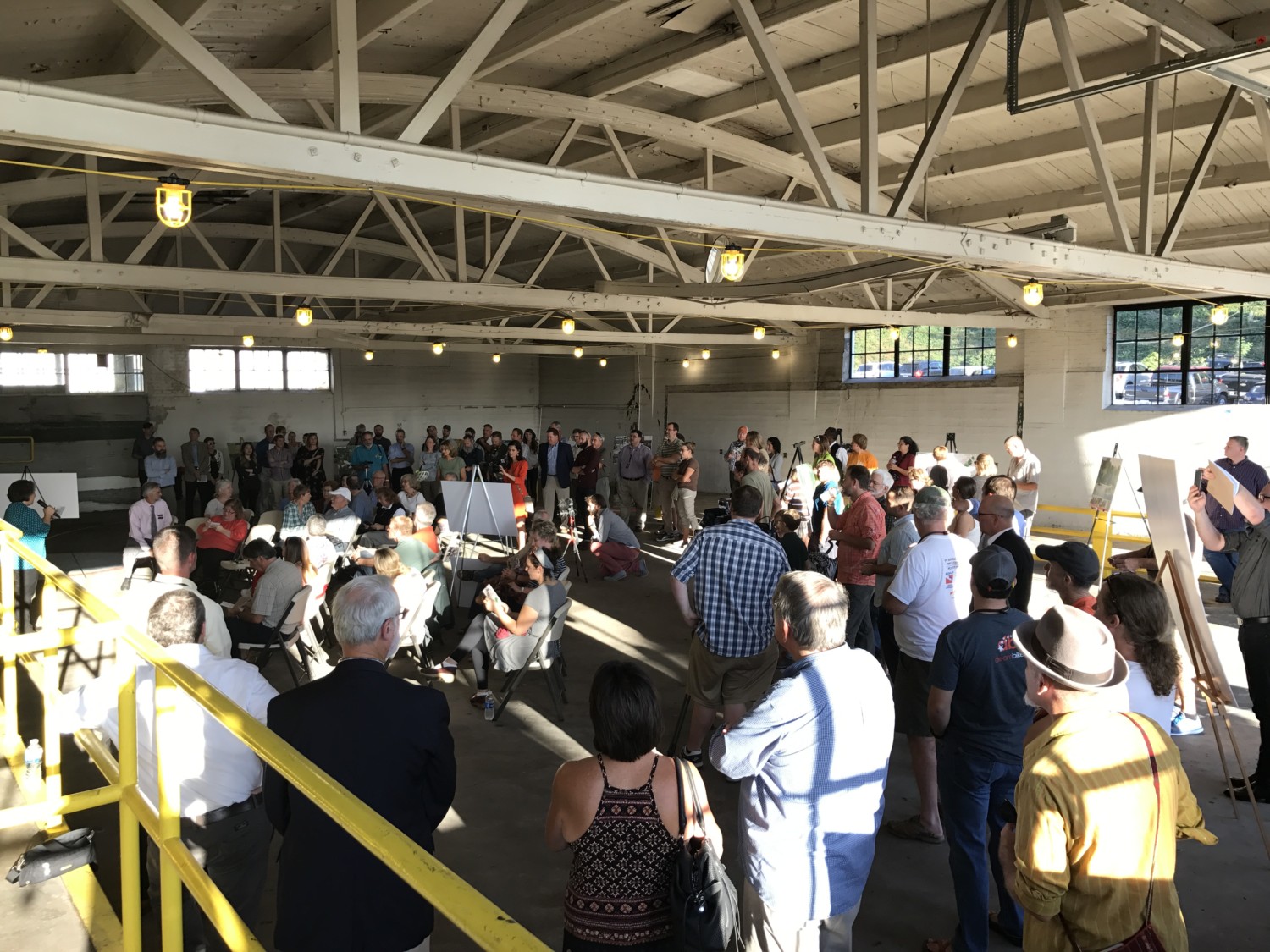 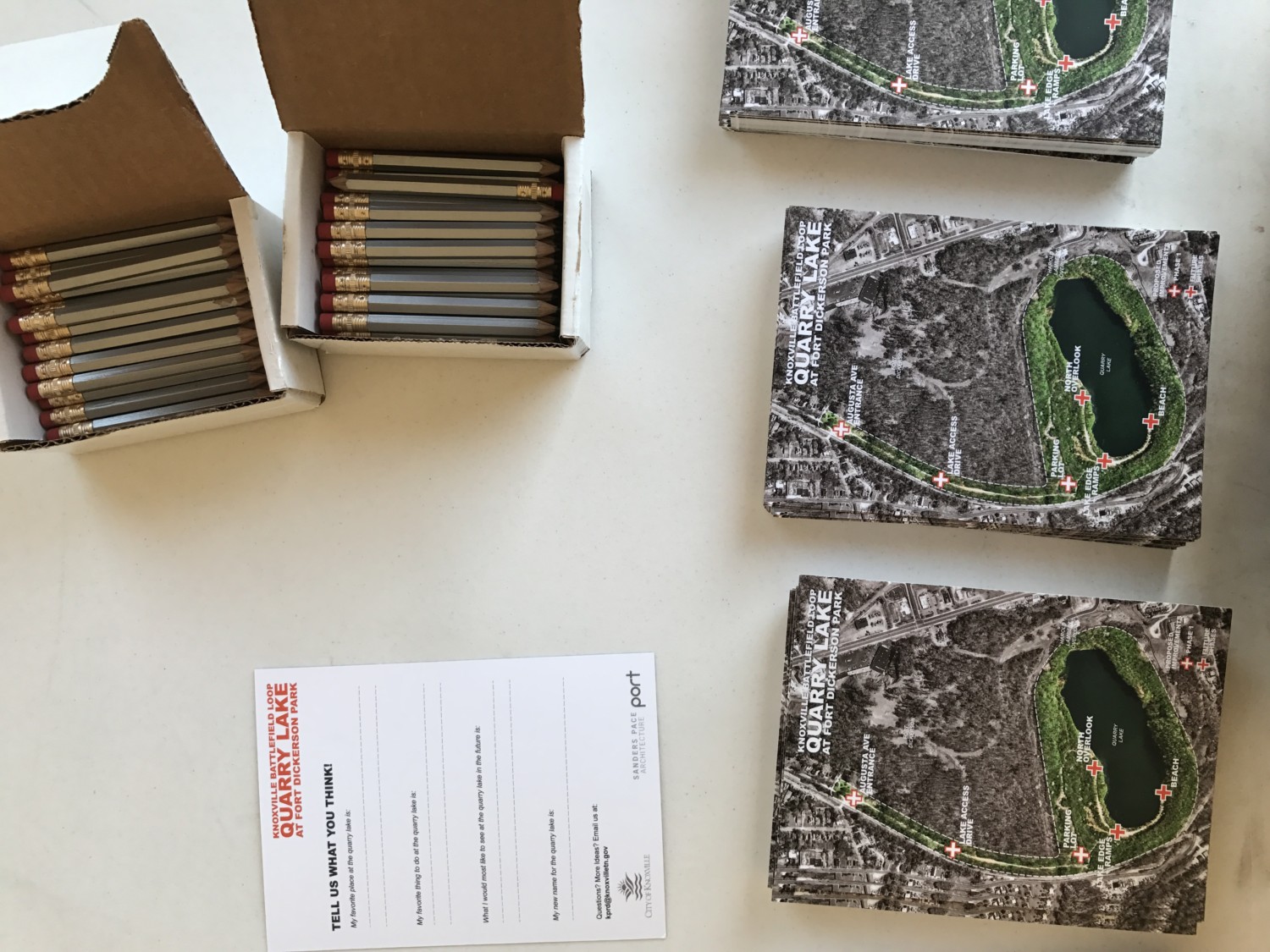 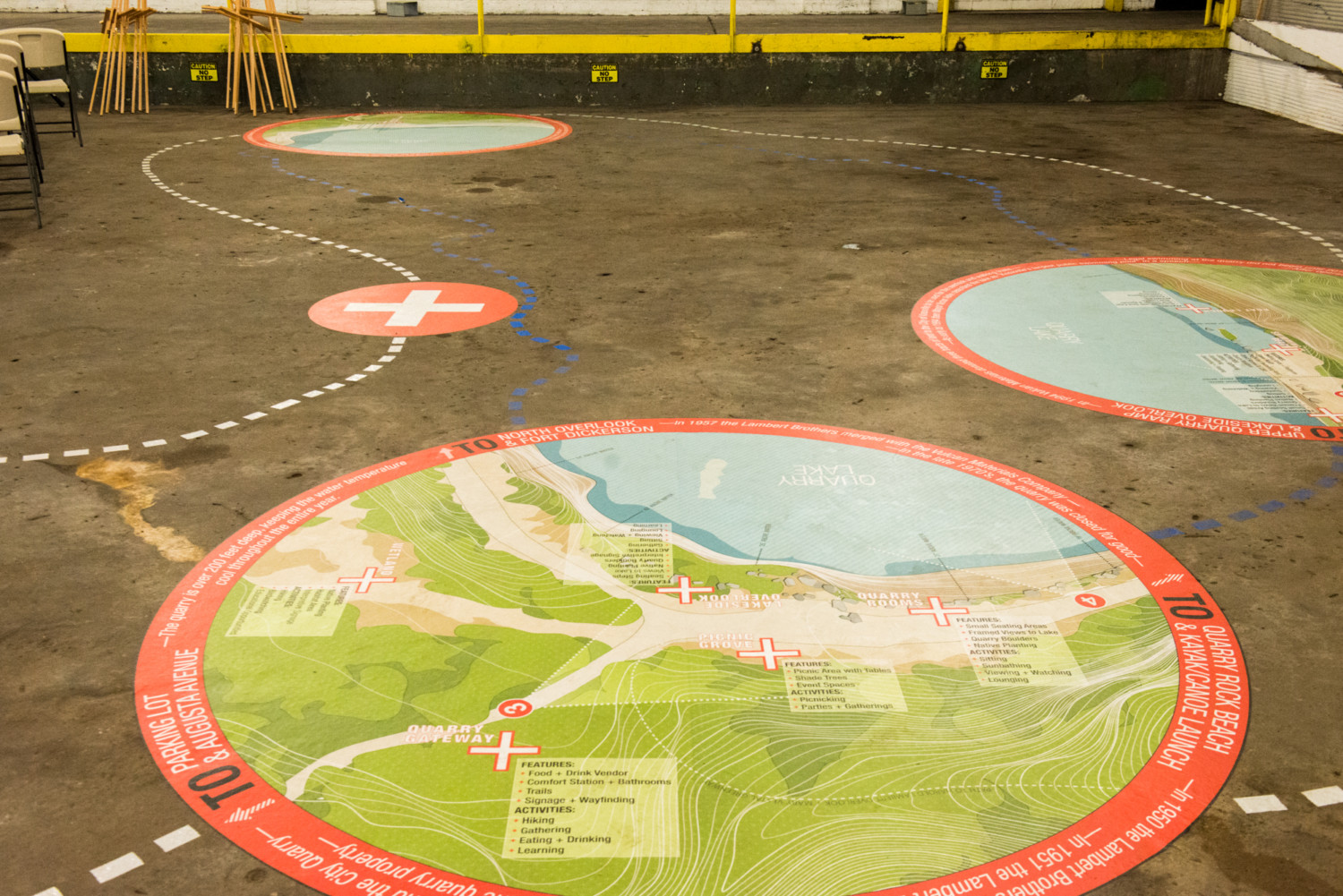