As the 2015 Chicago Ideas Week Artist in Residence, PORT designed a temporary pavilion for a Michigan Avenue plaza adjacent to the Chicago River.

The Thick City Pavilion calls attention to the stack of infrastructural strata upon which Chicago rises. By challenging the conventional notion of the city as “flat,” the pavilion reframes an all-too-familiar reading of Chicago in order to open up a dialogue about its future.

Going back to the “Raising of Chicago” in the 1850s that elevated the city out of the mud, a close study of the project site reveals a layering of urban activity that is unique that is unique to the city. Yet despite the fundamental role this layering played in the choreography and performance of the city, it is a characteristic that Chicagoan’s take for granted, and visitors remain unaware.

The reflective exterior of the pavilion invites passersby to explore several more—albeit temporary—layers of Chicago’s urban strata. The pavilion’s interior spaces—composed of layers of colorfully painted foam of varying densities—encourage reflection on Chicago’s laminated composition by offering a range of surfaces and spaces upon which to sit, climb, read, chat and reflect. Four super-sized WiFi balloons float above, inviting users to gaze up at the city around them, while reflecting back upon the layers below on which it has grown. 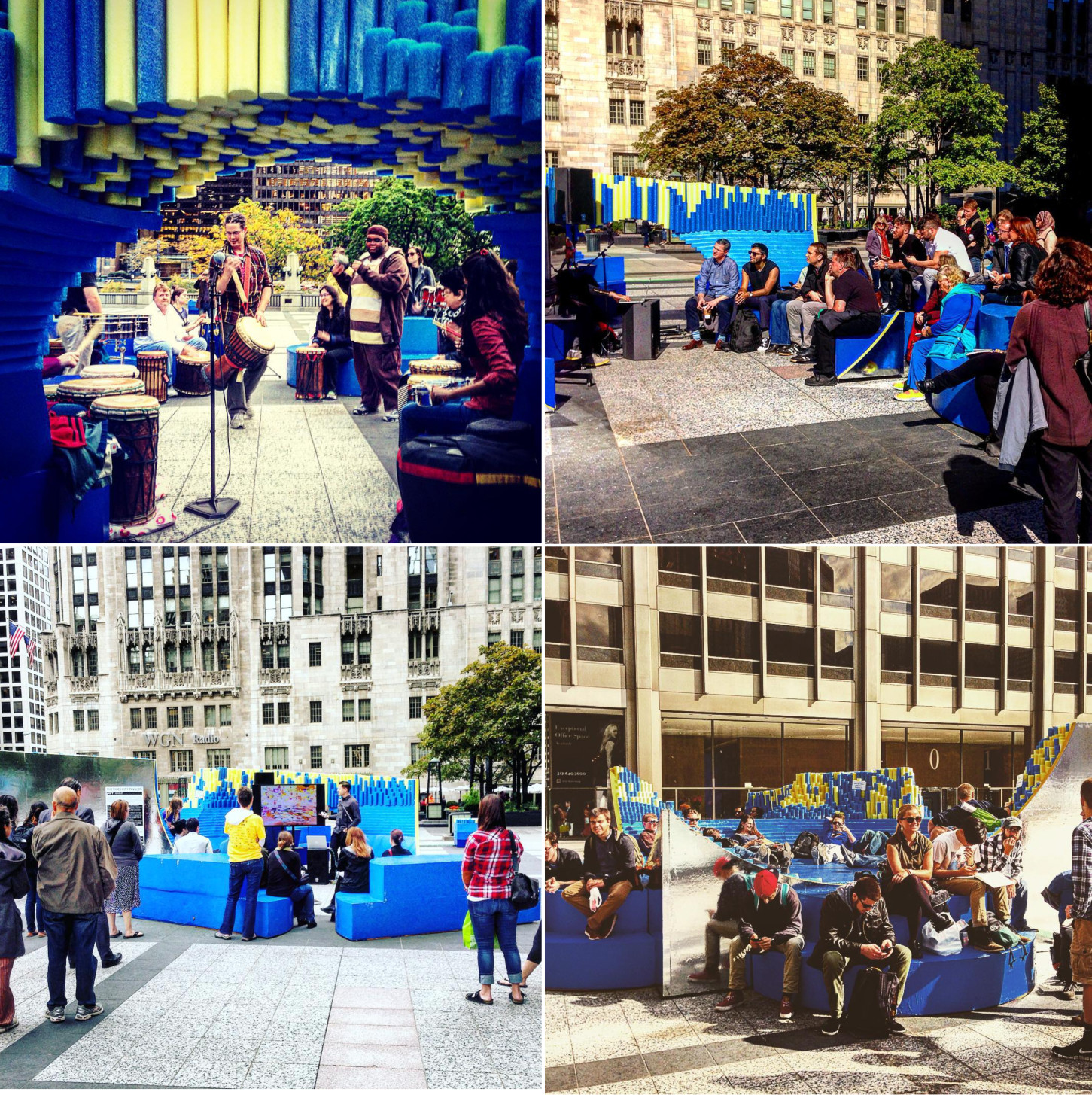 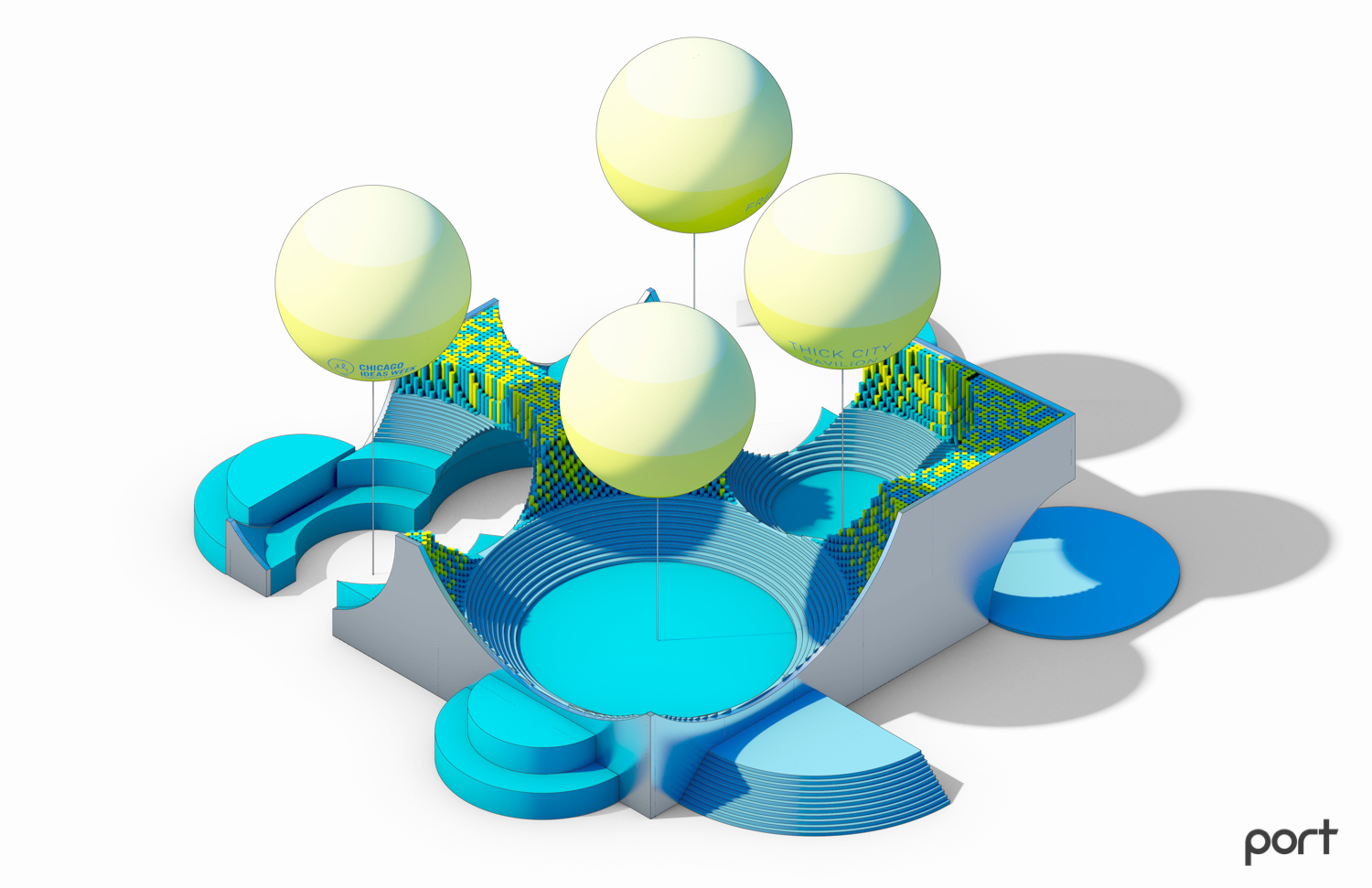