The Pierscape at Navy Pier

Although Navy Pier remains Chicago’s #1 tourist destination, much of the Pier’s original integrity and inherent vivacity is lost beneath layers of inconsistent visual and programmatic clutter imposed upon it over many years. Gateway Park currently lacks cohesion; there is no welcoming connection between the Park and the Pier. The South Dock is crowded and visually noisy; it detracts from and limits the Pier experience. The Crystal Garden is an outdated, palm-tree-filled greenhouse adjacent to the Pier Park, which contains Chicago’s “signature” centerpiece: the Ferris wheel. East End Park is concealed from view; it is literally around a corner at the end of the Pier; there is no visual draw or anticipation.

The principle that directs and inspires the proposal is the notion that Navy Pier is first, and foremost, a Pier. A Chicago pier. Chicago’s only pier. Therein lies its uniqueness. It is an artificial, 100-year-old piece of mixed-use public infrastructure extending over the water from Chicago into Lake Michigan.

The proposal seeks, in all aspects of the design, to abide by, to reveal, and to amplify the physical and experiential qualities this one-of-a-kind urban entity intrinsically embodies. The pier is a place of arrival and departure, built to accommodate maritime activities and to provide a place on the water for public use and recreation. Functions it fulfills to this day. Navy Pier is a physical manifestation of Chicago’s ‘Big Shoulders.’ It has undergone much change over the last decade but has always maintained its integrity and authenticity as a Pier. 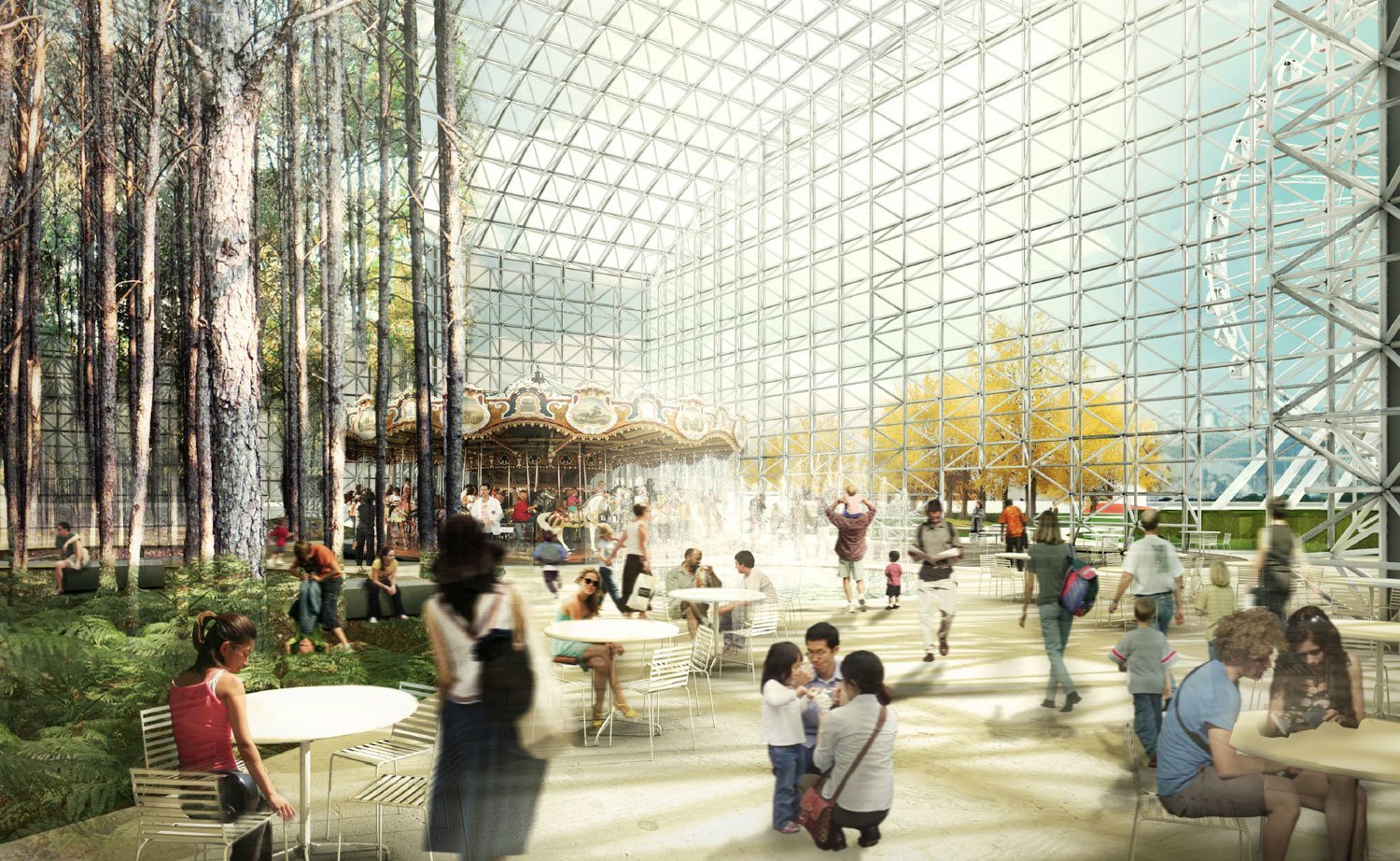 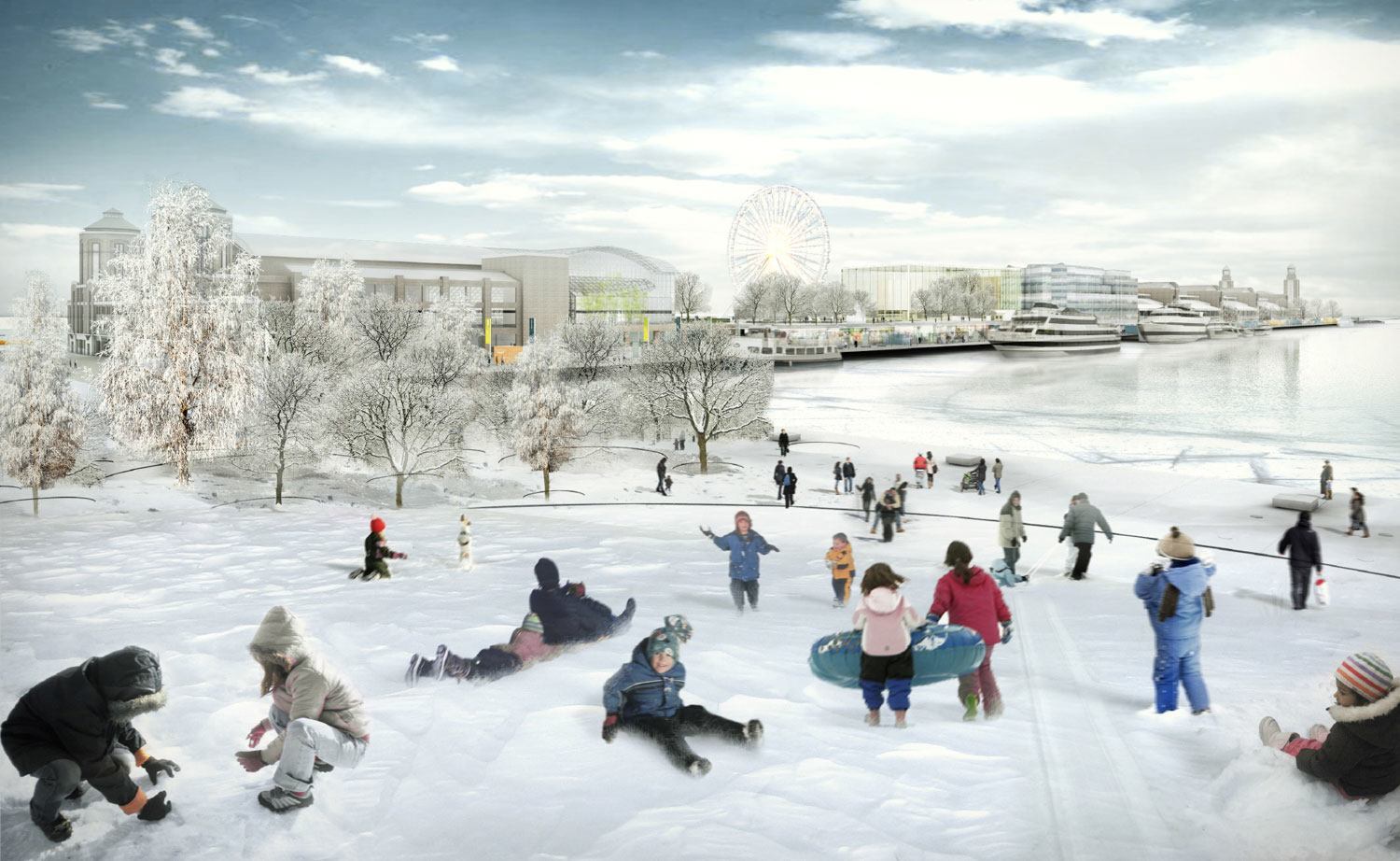 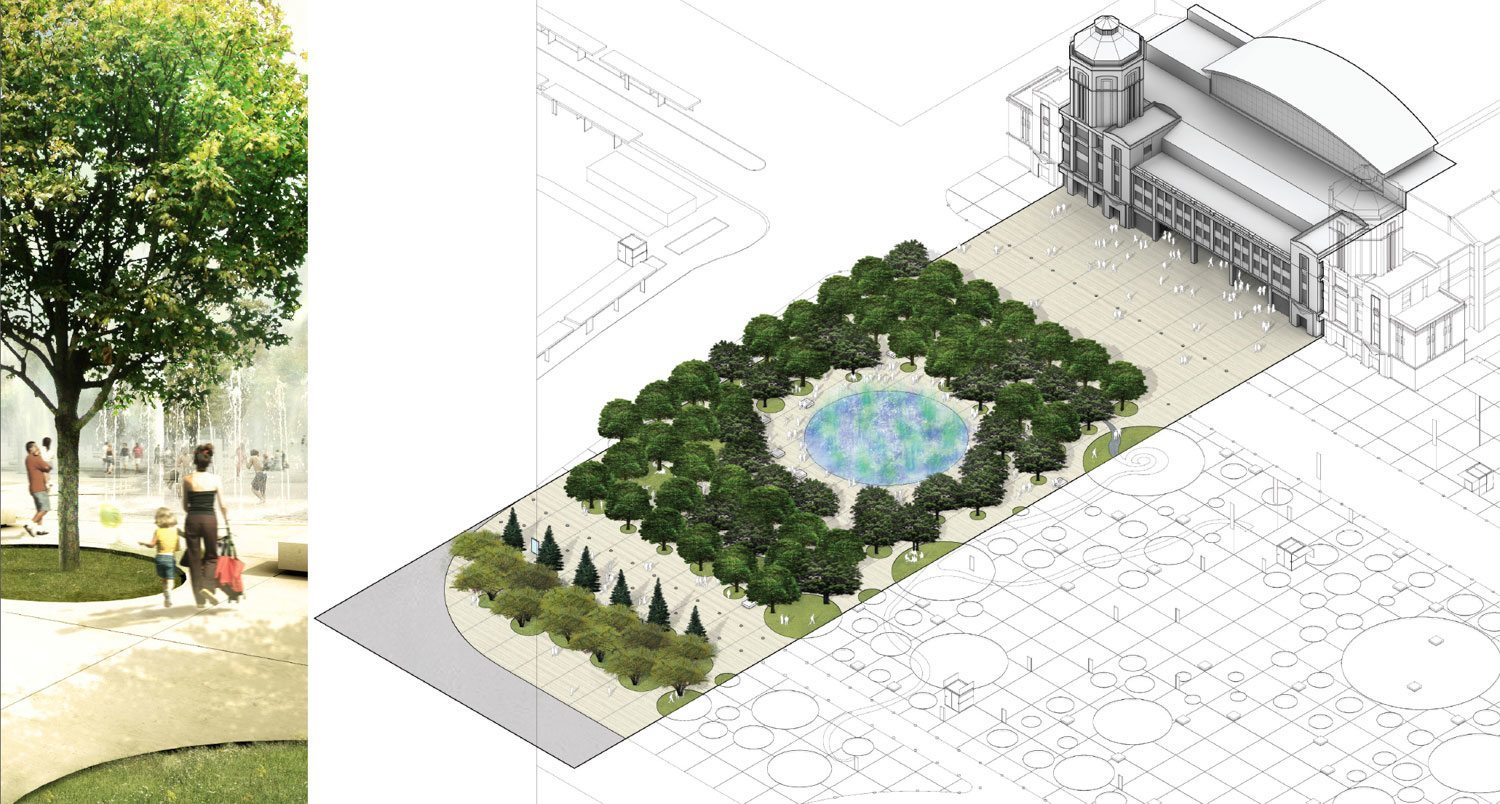 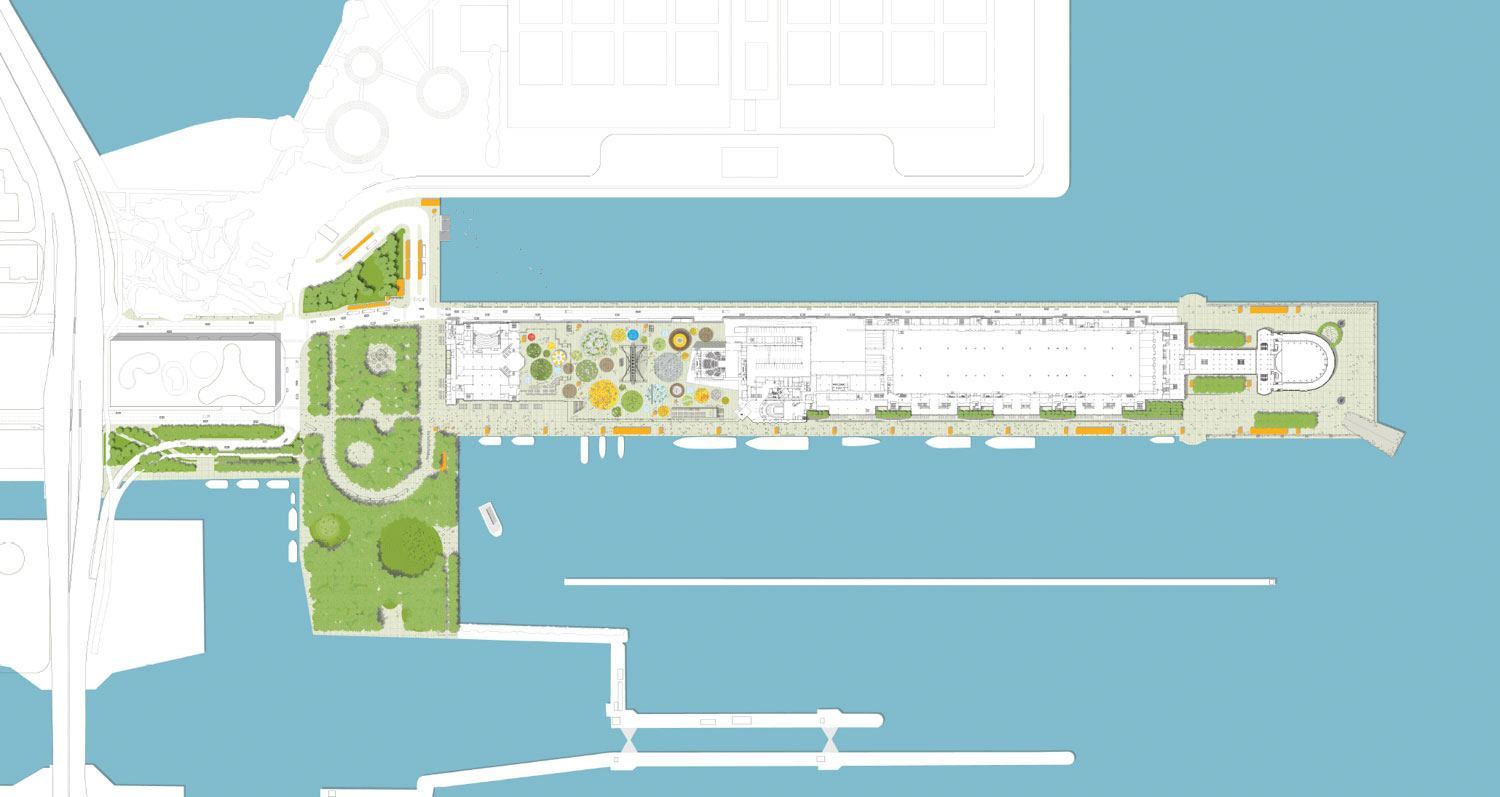