By shifting the 1.5 mile stretch of Lake Shore Drive (LSD) running along Grant Park eastward, the city could create upwards of 225 acres of new lakefront real estate—importantly, west of LSD—that would generate an enormous long-term revenue stream through land leases and property taxes, despite the significant upfront infrastructural costs of the endeavor. The ‘shift’ would be predicated on the reconfiguration of LSD – changing its alignment and sinking portions of it in order to reduce its adverse impact on pedestrian and bike access to the lakefront.

More significantly, the project would enhance two of Chicago’s most beloved public spaces. A fourth street wall would frame the east side of Grant Park, while stately, tree-lined boulevards would connect from the west side of Grant Park across the new development area and LSD to a new 145-acre public waterfront. This expanded waterfront would include rolling topography, beaches, dramatic planting, pedestrian circulation and generous furnishing. The proposal would more than triple the size of the current lakefront adjacent to Grant Park, providing the recreational amenities now missing from this area of Chicago’s lakefront. 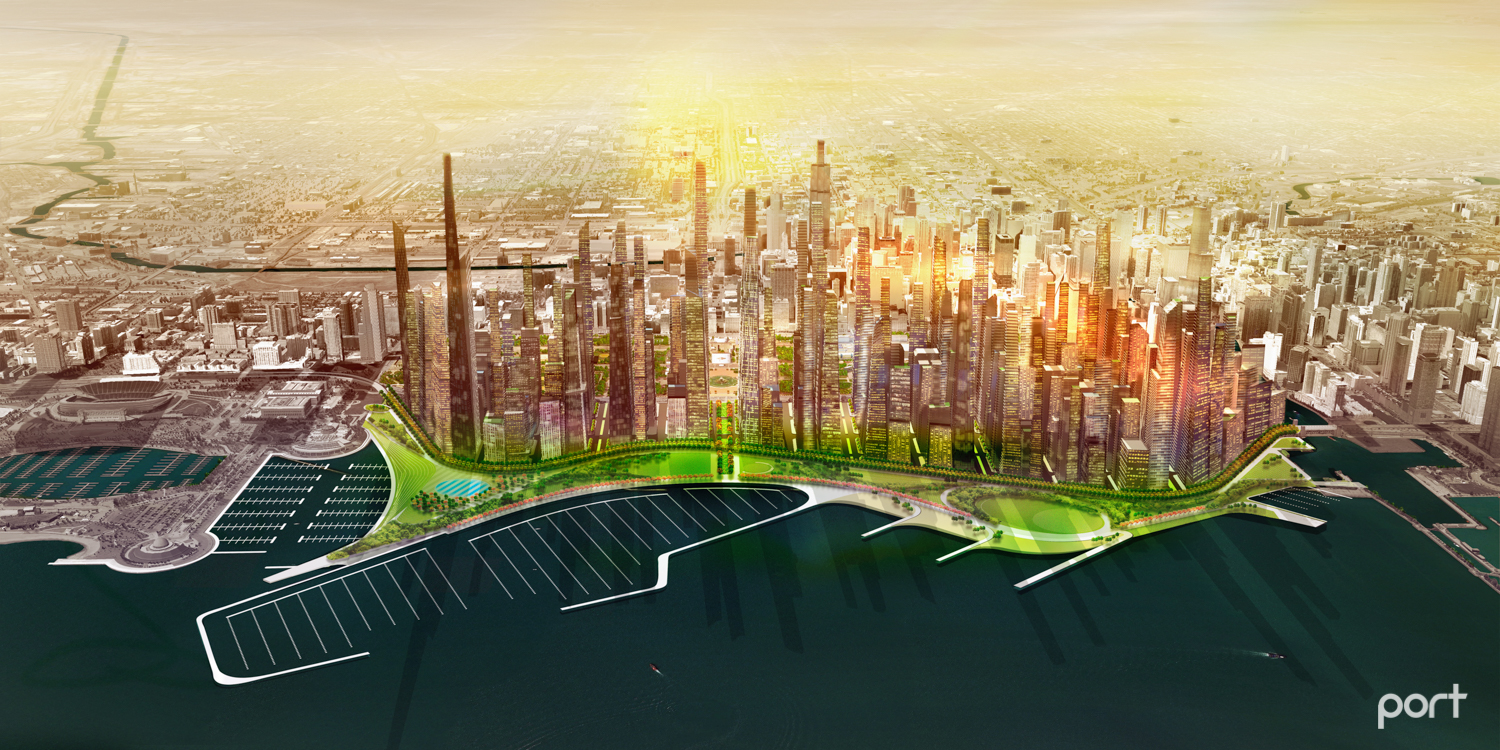 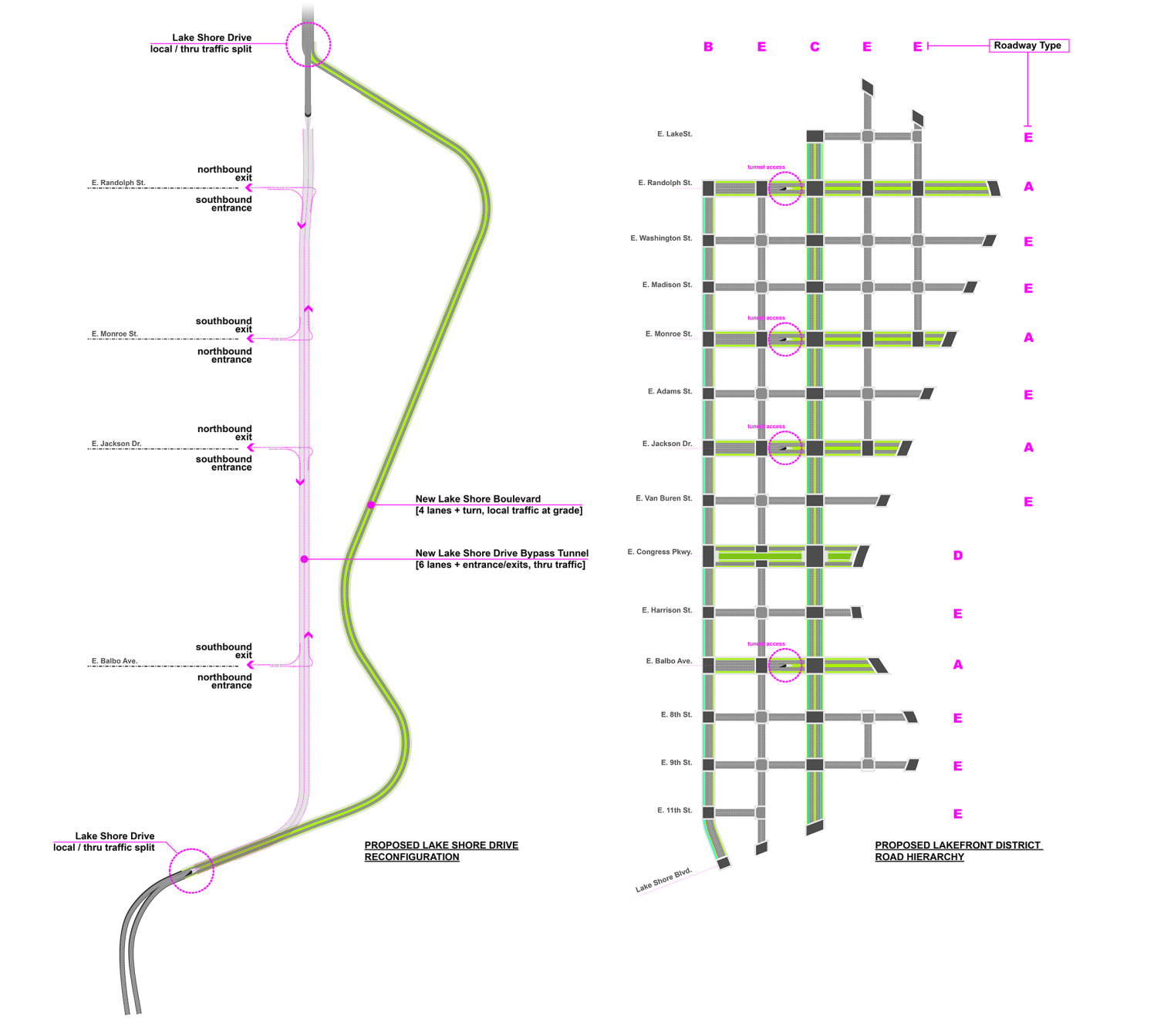 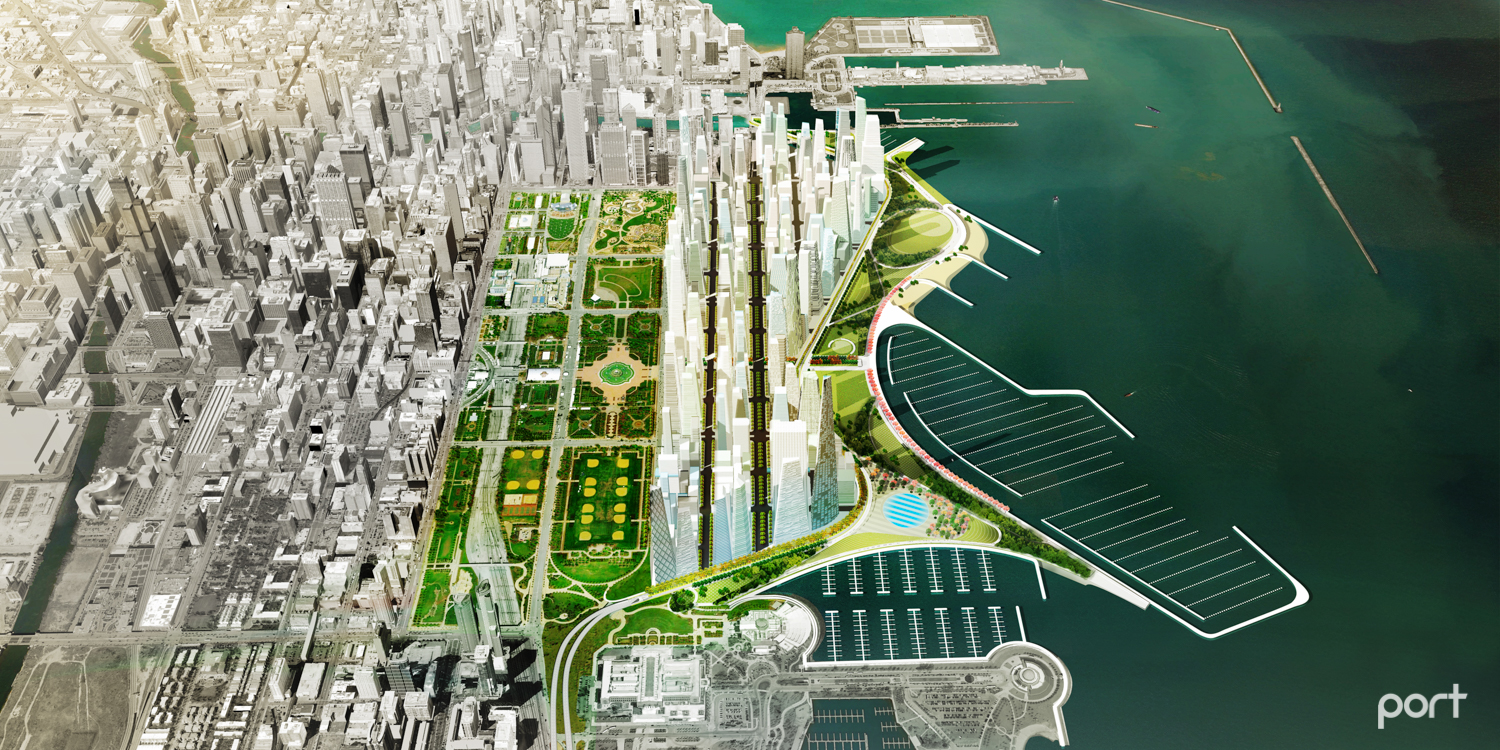 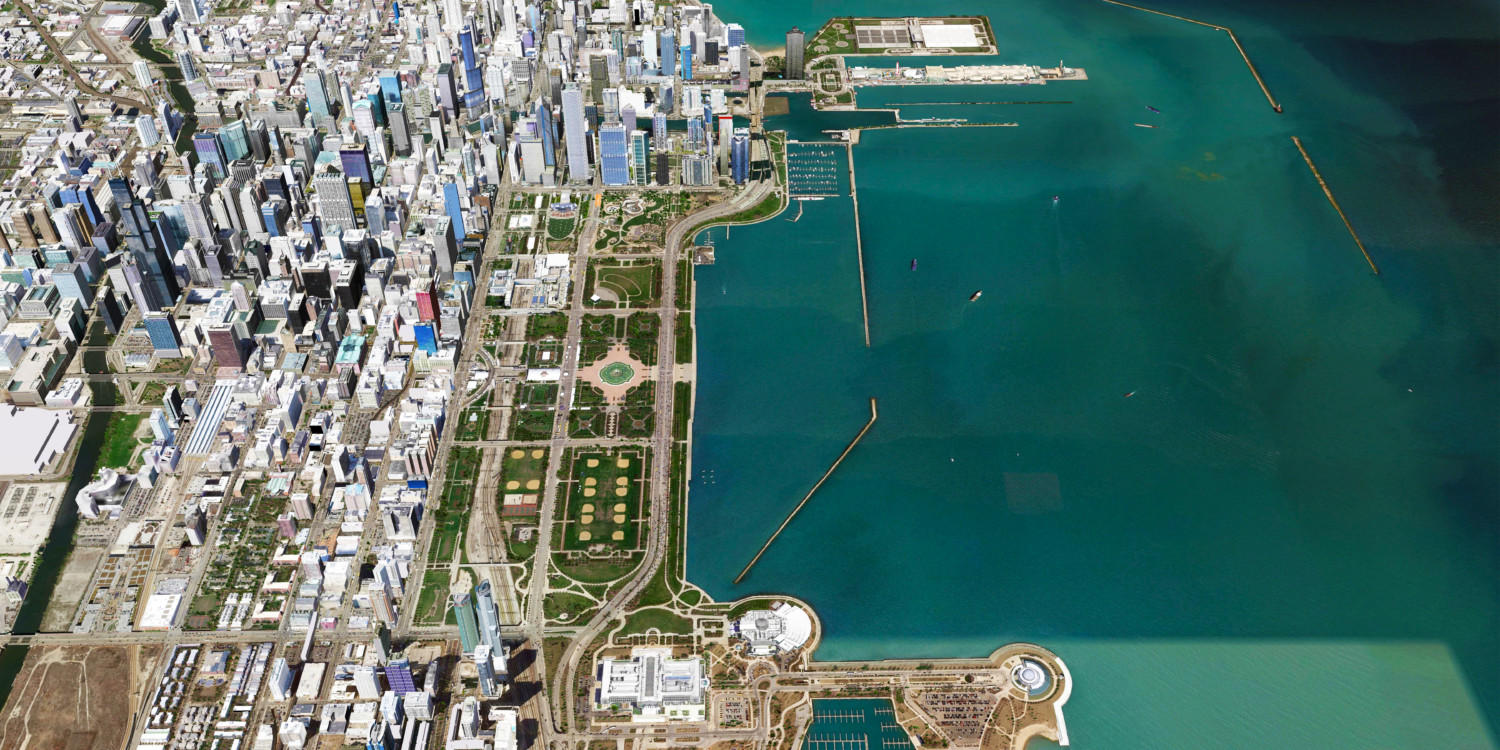 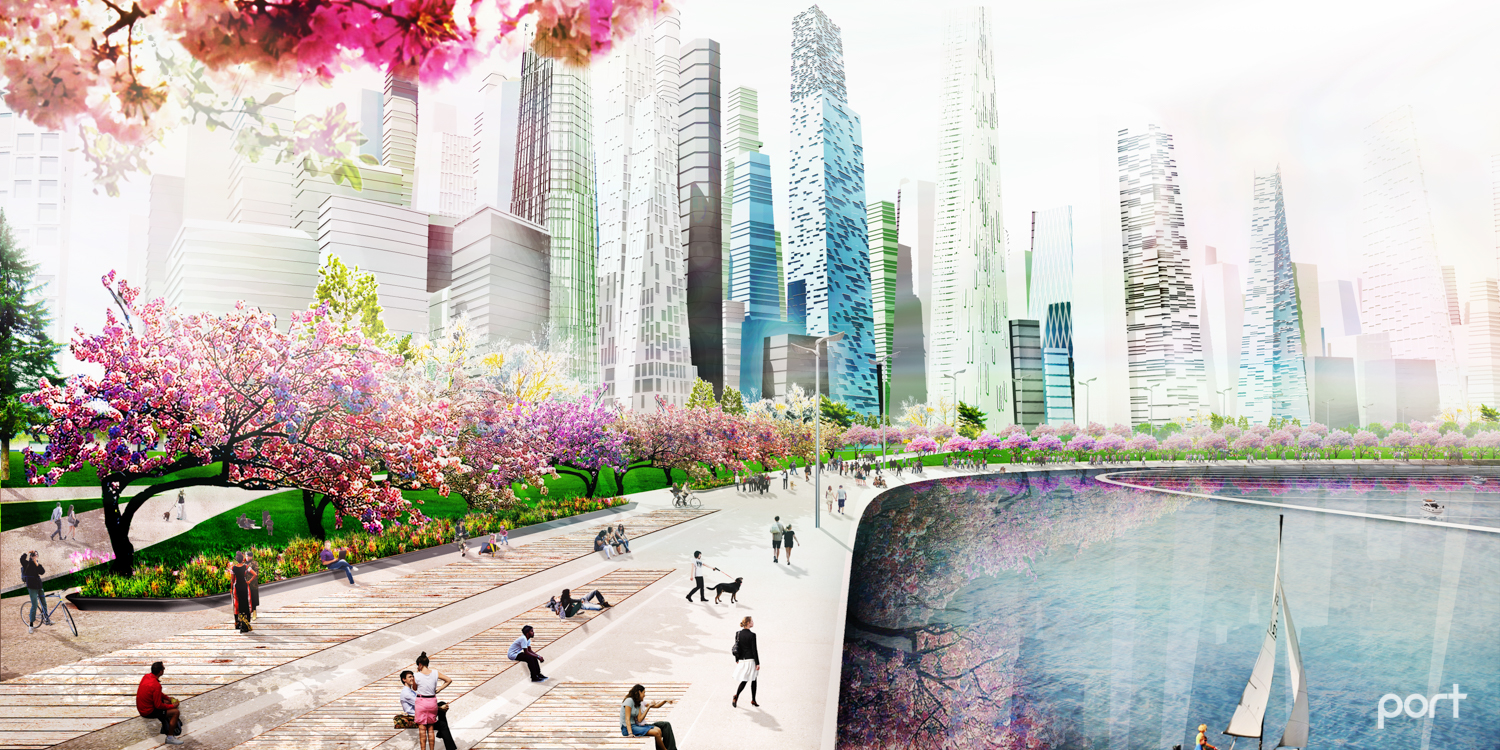 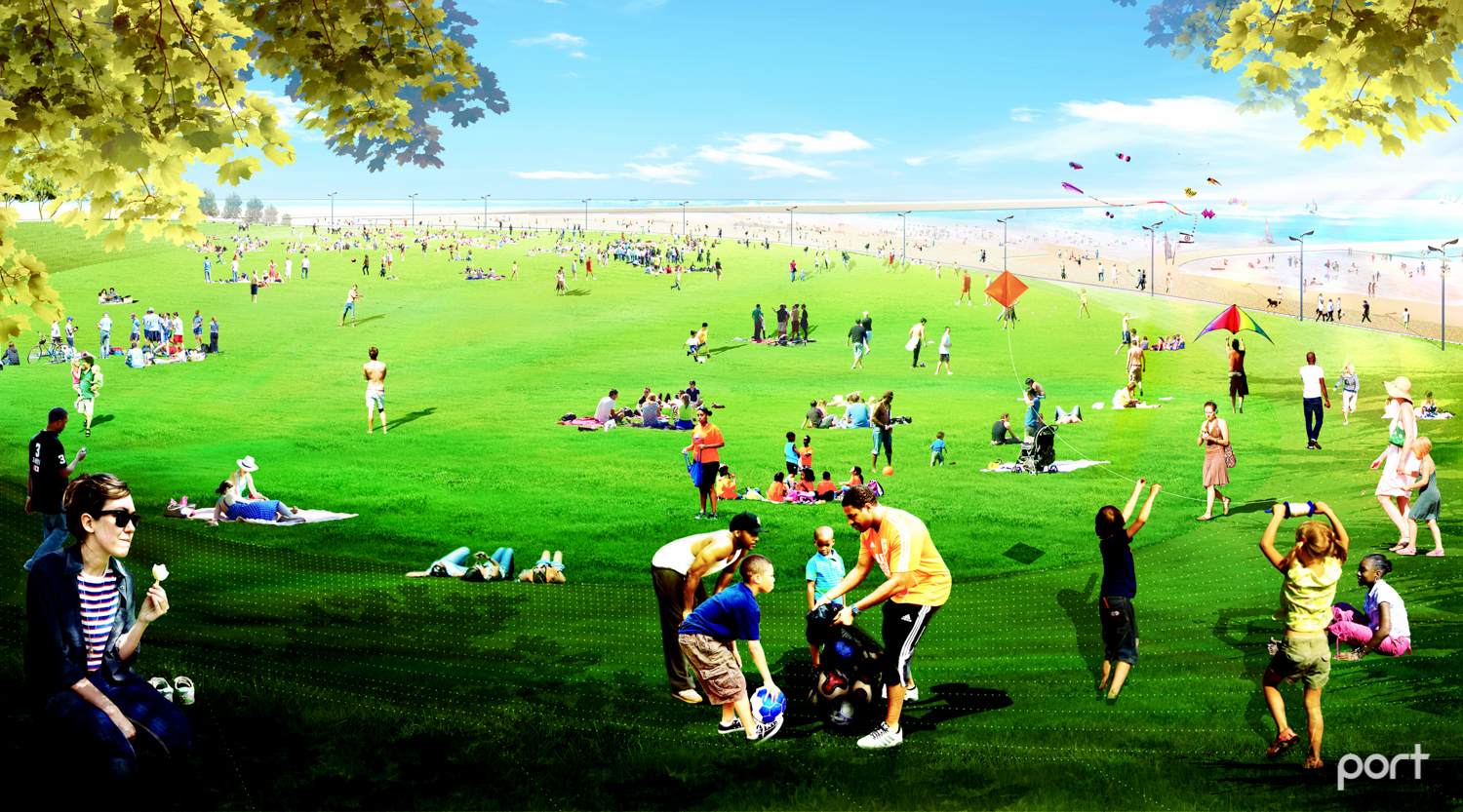