Re-Cultivating the Forest City looks to reclaim and reimagine the entirety of the Lower Cuyahoga River Valley, from the terminus of the National Park at the territory’s southern edge, north to the river’s mouth near downtown Cleveland at the shores of Lake Erie. Our approach utilizes a strategy of productive re-colonization, combining economic, ecological and social initiatives to transform the lower Cuyahoga River Valley into a new River Landscape Infrastructure that enhances and expands the ecological value of the river corridor, while simultaneously serving to reorient the economy and urban form of the City of Cleveland.

The first phase of this transformation includes the establishment of the forest perimeter. Here, the topographic boundary of the valley is physically articulated by re-planting and extending the native successional forest from the south, north to the shore of Lake Erie along the steep slopes and escarpments of the territory’s perimeter.  This powerful first move rehabilitates the natural habitat of the territory; creates significant new ecological preserve; expands biodiversity; and defines a new landscape core for Cleveland by explicitly bringing a productive nature back into the city center.  Reforested areas will include mixed compositions of Oak-Hickory, Maple-Oak, Oak-Beech-Maple, Maple-Sycamore, Pine-Spruce and Hemlock-Beech. 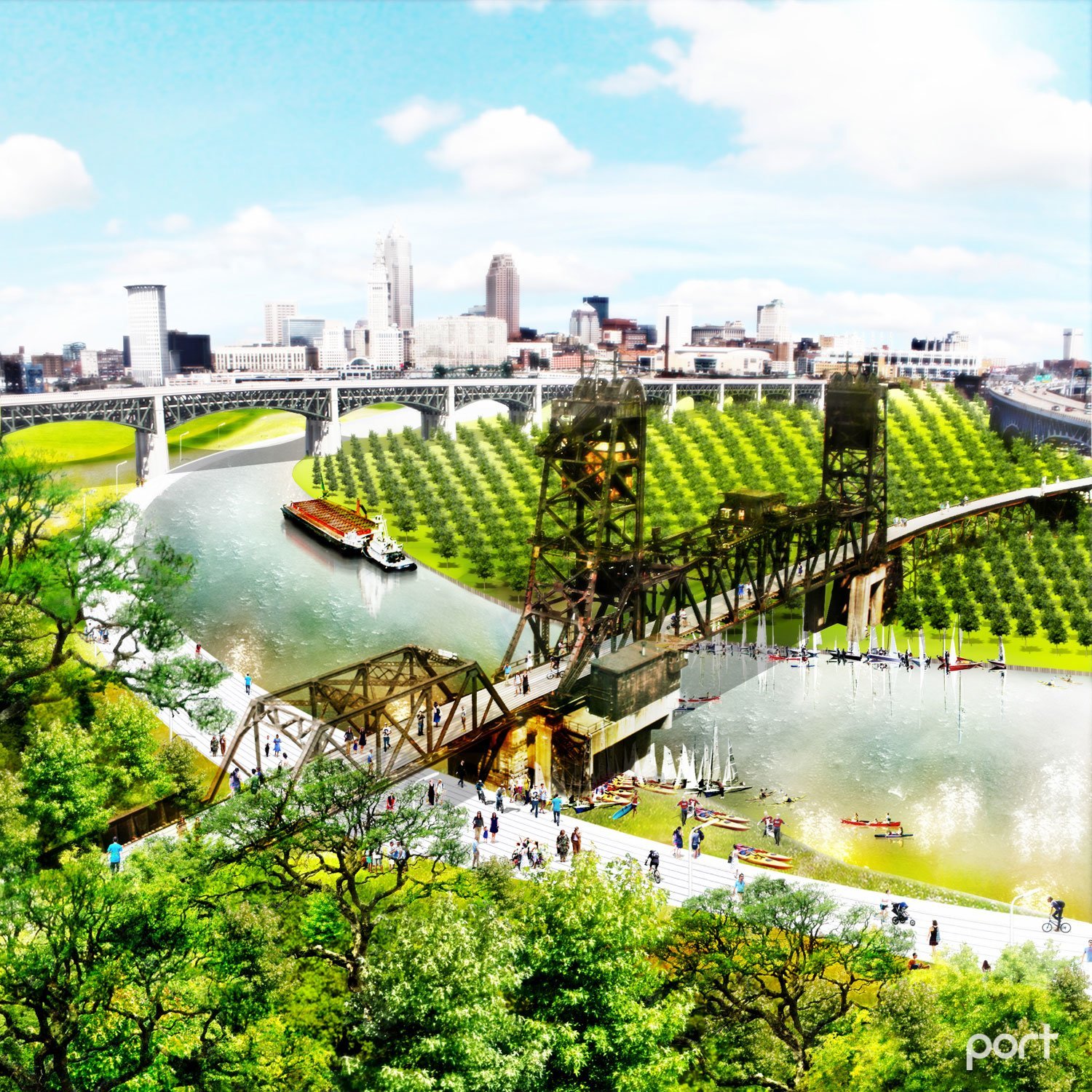 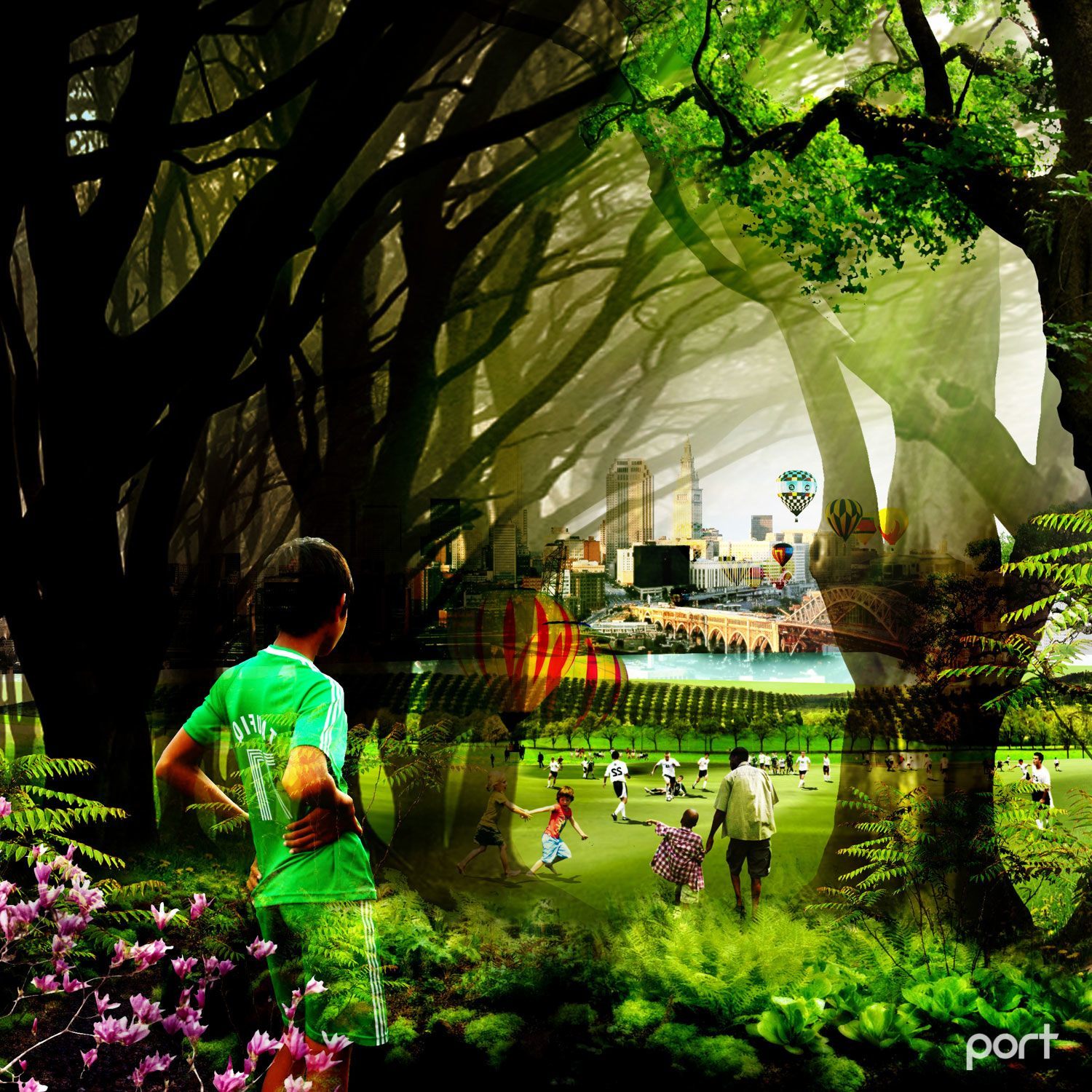 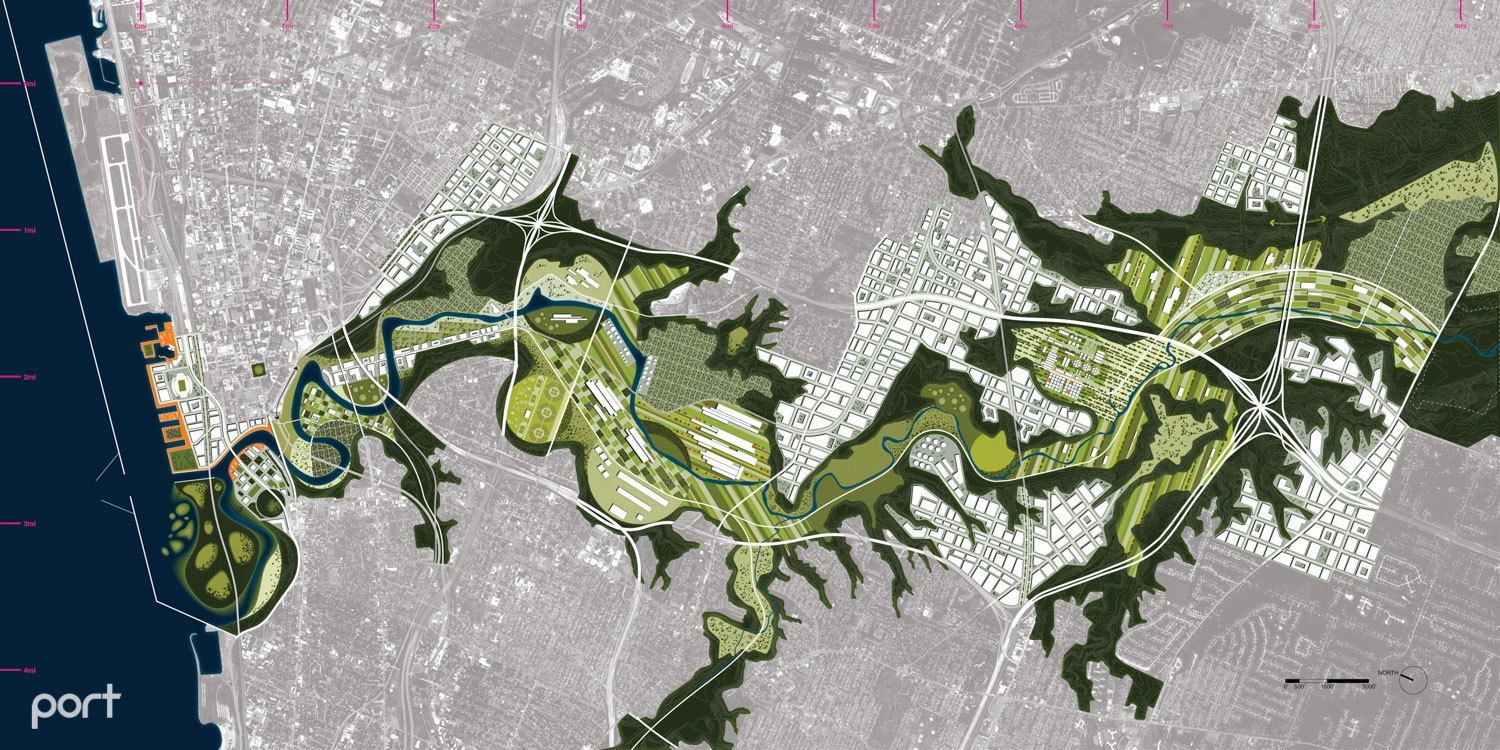 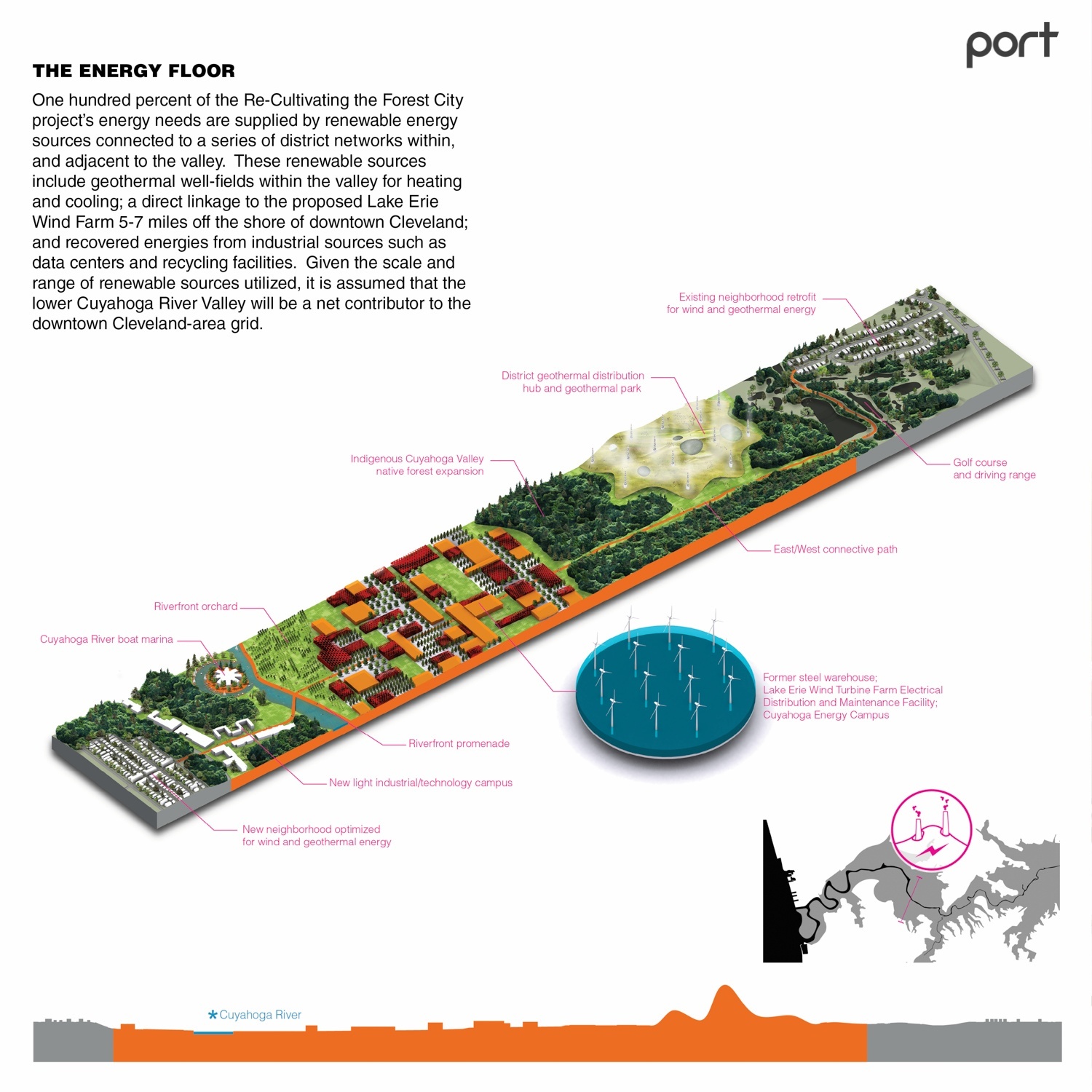 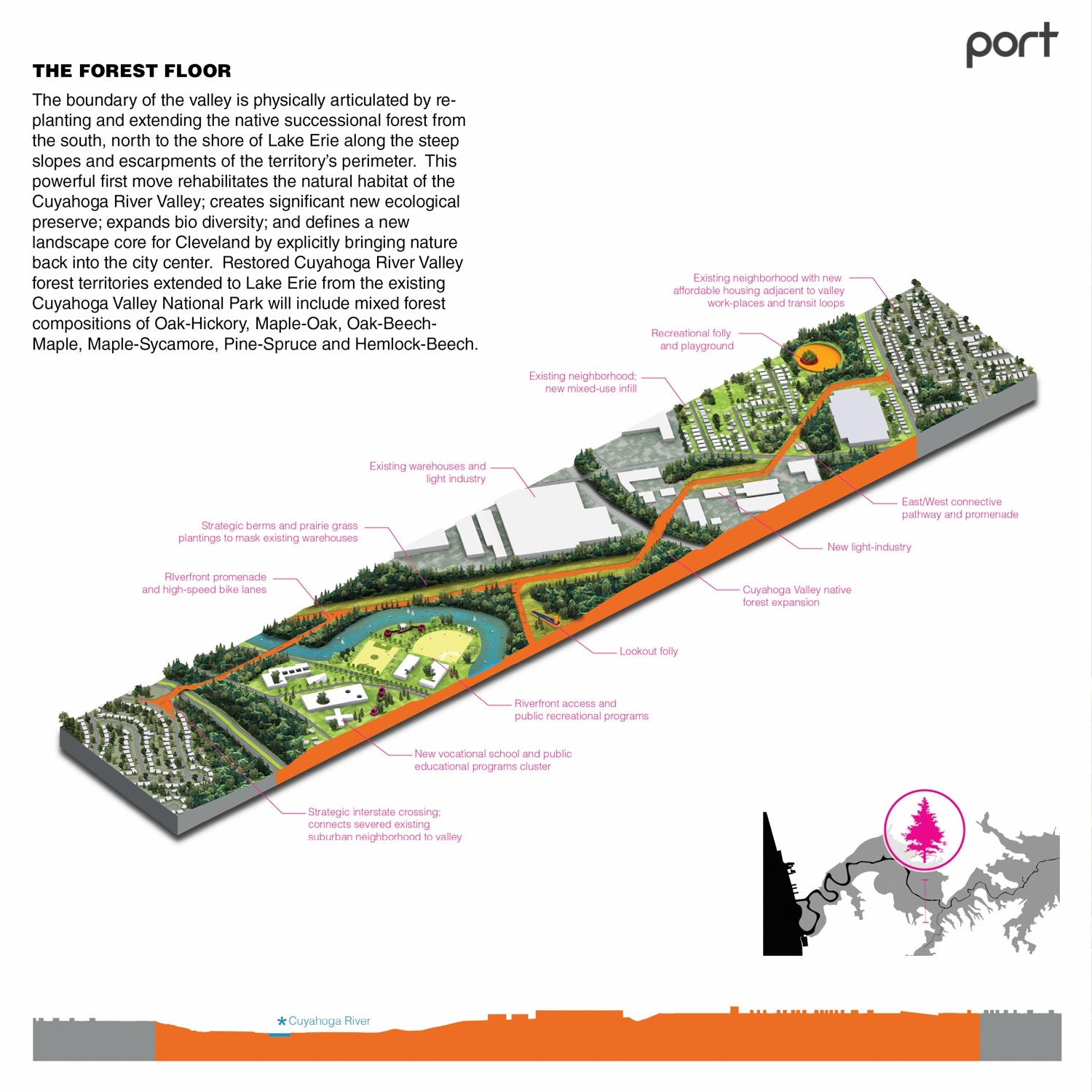