Building on the success of Oval+ in 2017, PORT returned in 2018 to design and install a radical expansion of territory for the Summer at Eakins Oval program. By closing traffic lanes of the Benjamin Franklin Parkway we, along with Fairmount Park Conservancy and the Department of Parks and Recreation, reoriented one of the major public spaces in Philadelphia away from the car and toward the pedestrian and the bicyclist.

At Eakins Oval itself, PORT returned with a series of pavilions centered around the theme of ‘More Park, More Play.’ A Ribbon Garden became a refuge from the baking sun and a wildly popular Instagram subject. The Big Seat, made partially out of furniture foam sealed and painted bubblegum pink, became a magnet for children of all ages. A sandbox so big it was essentially a beach was a place for toddlers to play and young parents to chat. The Mr. Mister pavilion created a cooling and dramatic end cap to the installation as a whole.

PORT placed ground illuminated towers along the length of Benjamin Franklin Parkway to tie the intervention together and provide wayfinding and a sense of gateway to the installation. Colorful and unexpected installations, from a ground mural by collaborators The Heads of State to a series of felled logs with airport wind sock sculptures further heightened the sense of play and of openness to appropriation. 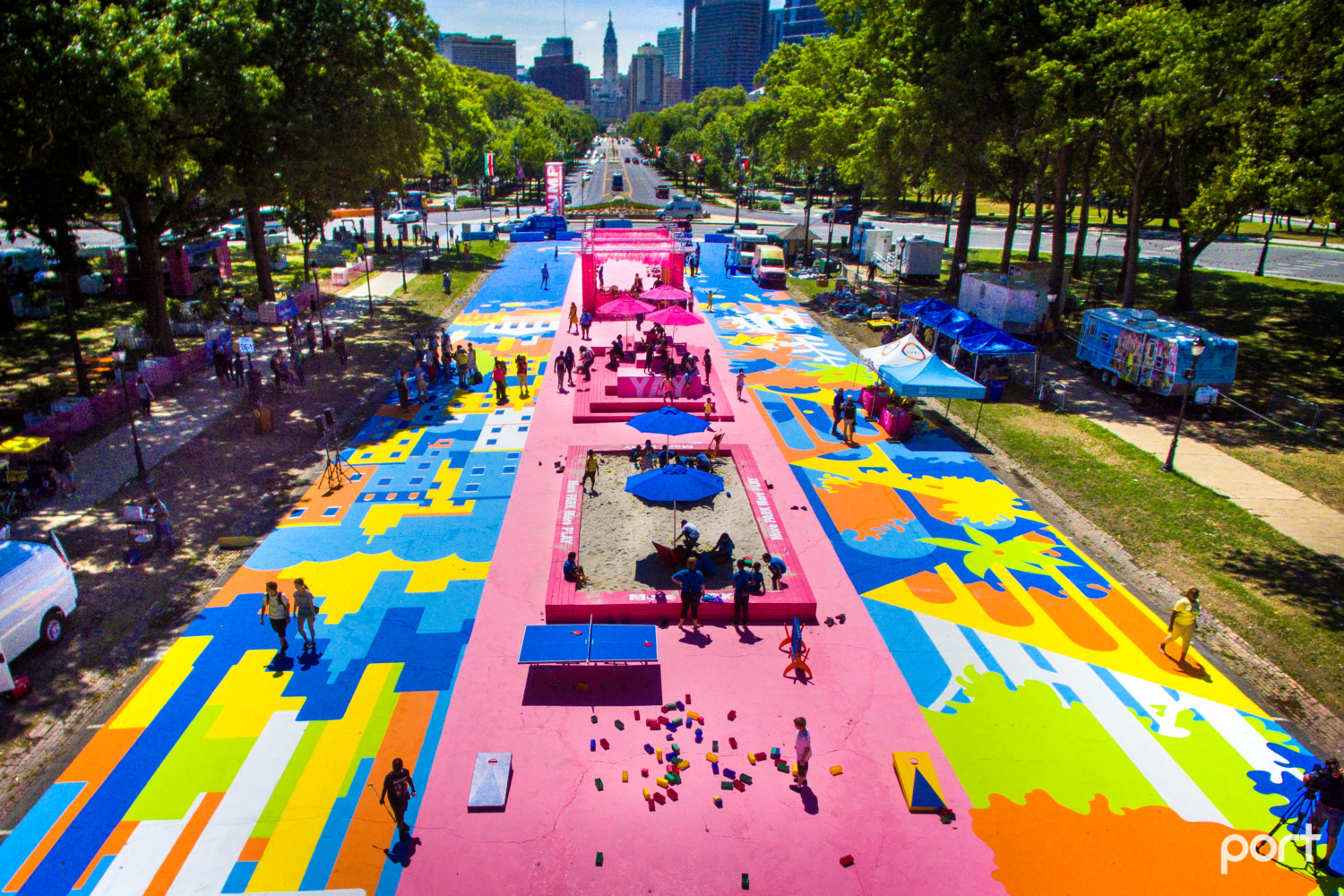 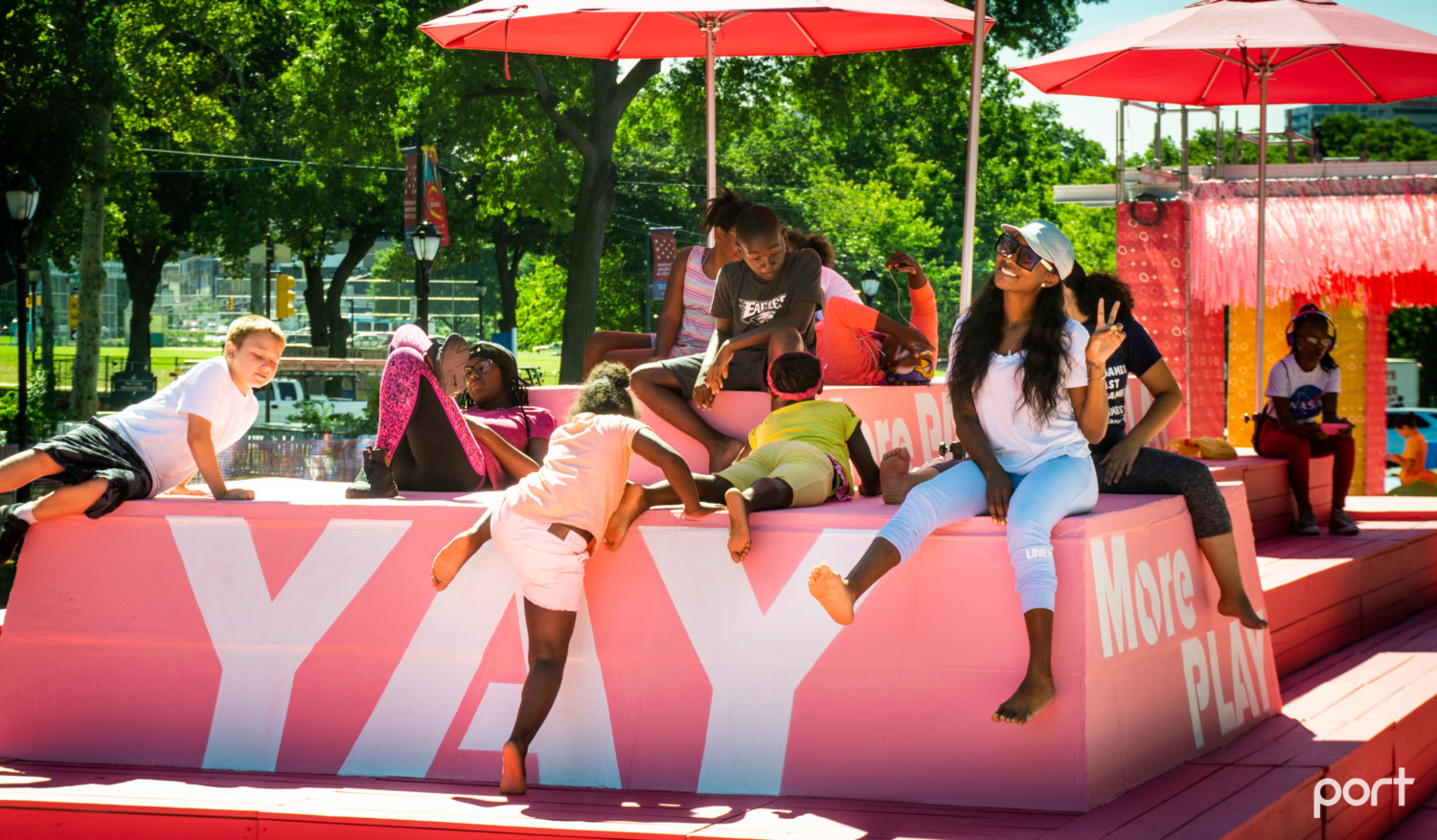 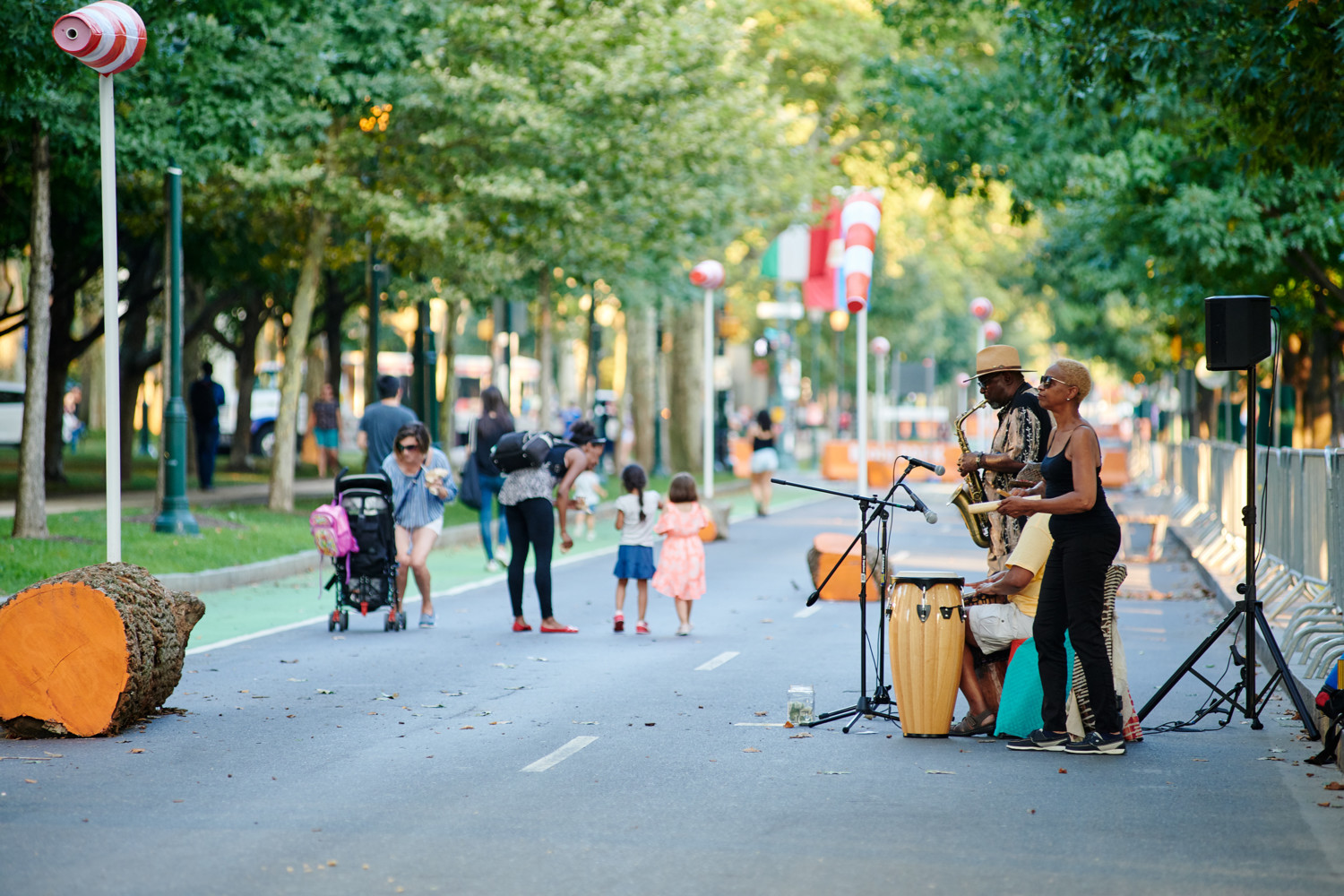 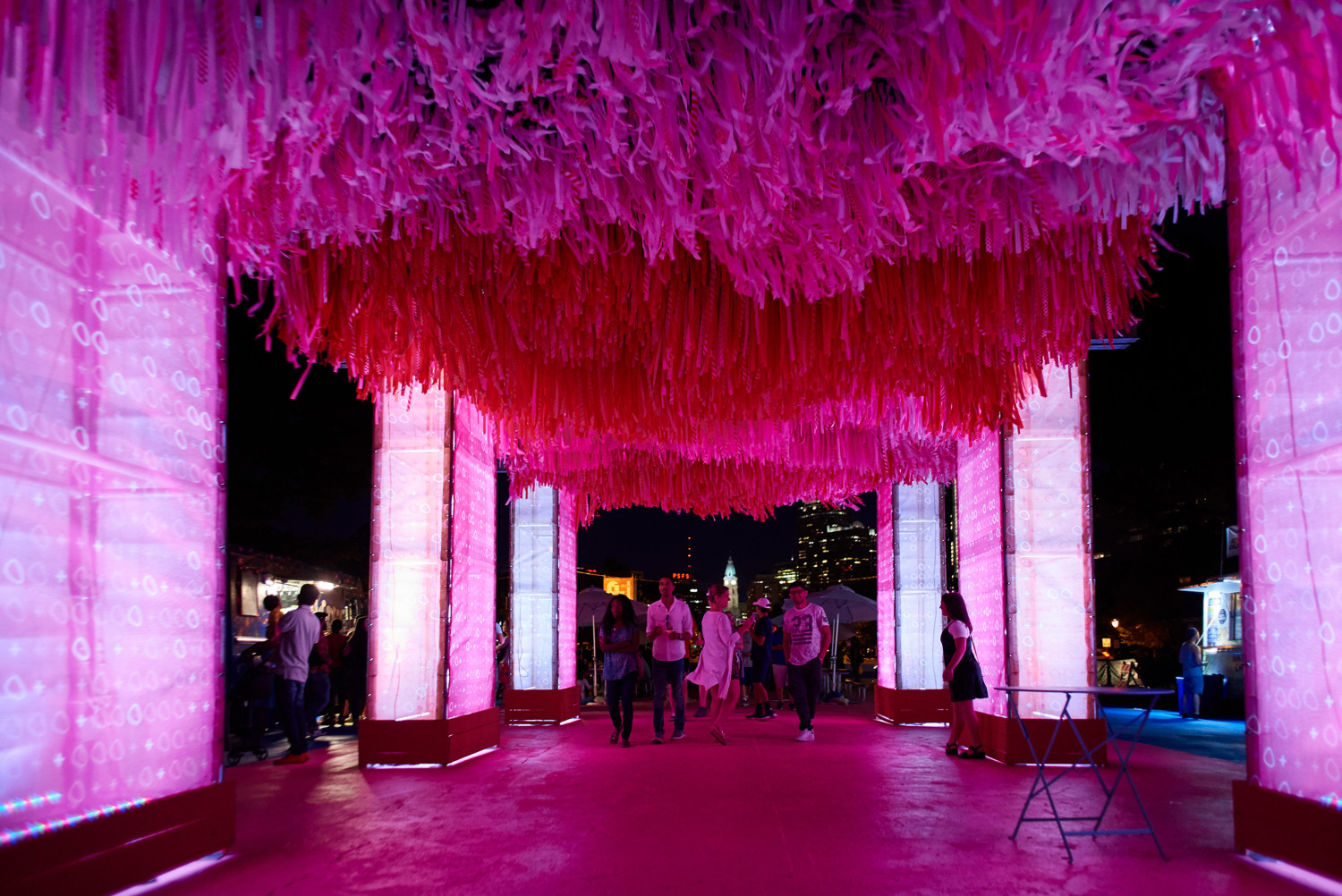 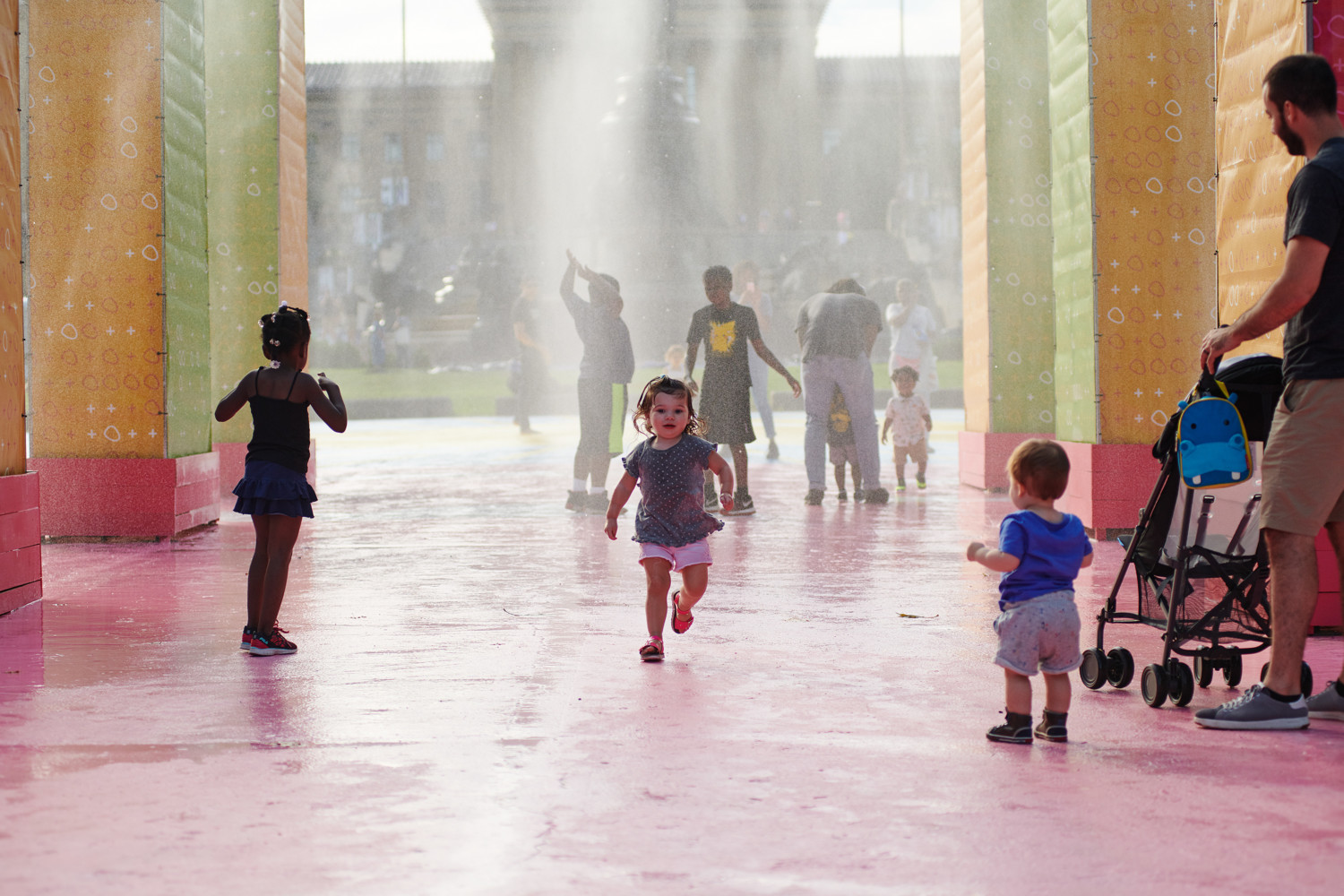 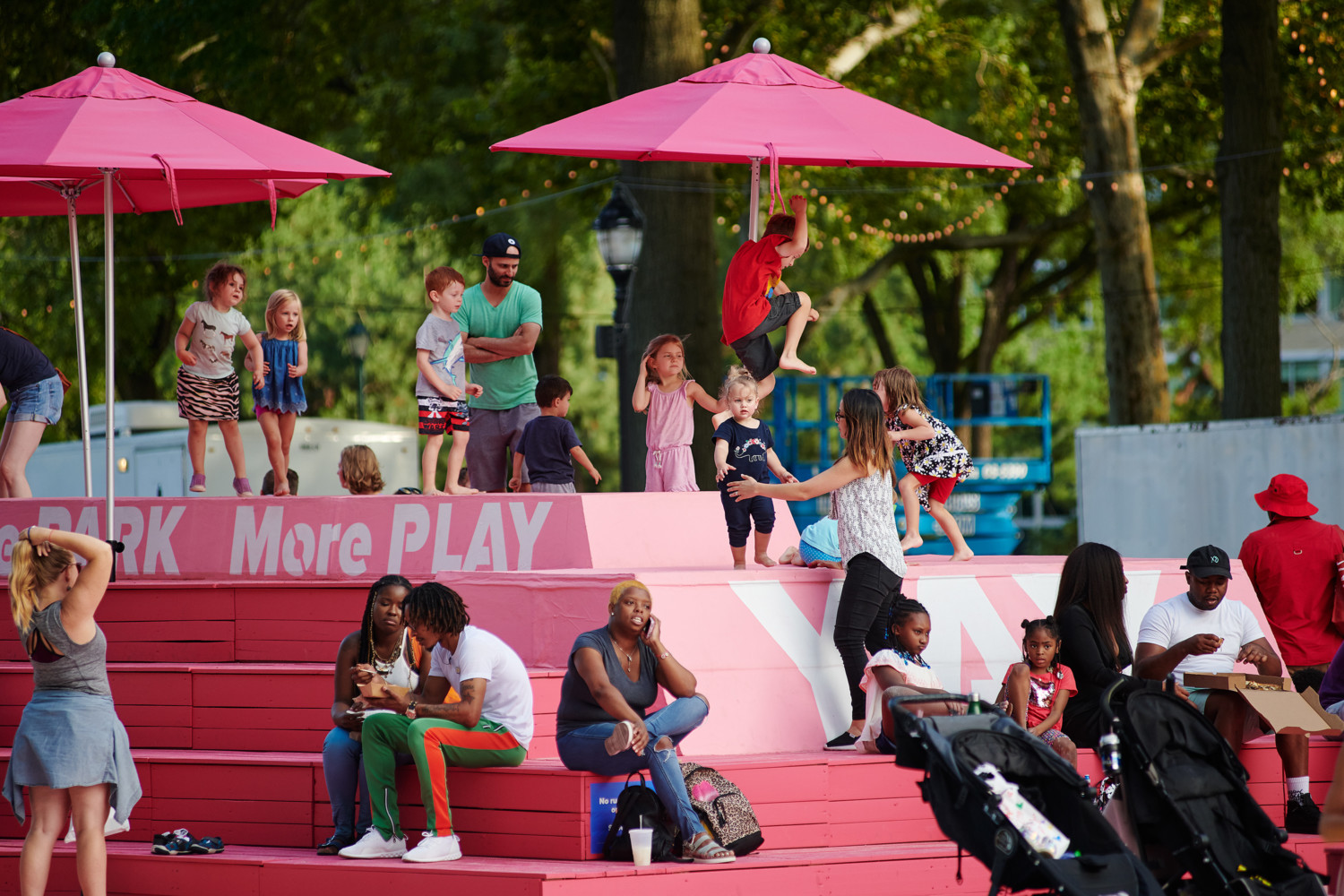 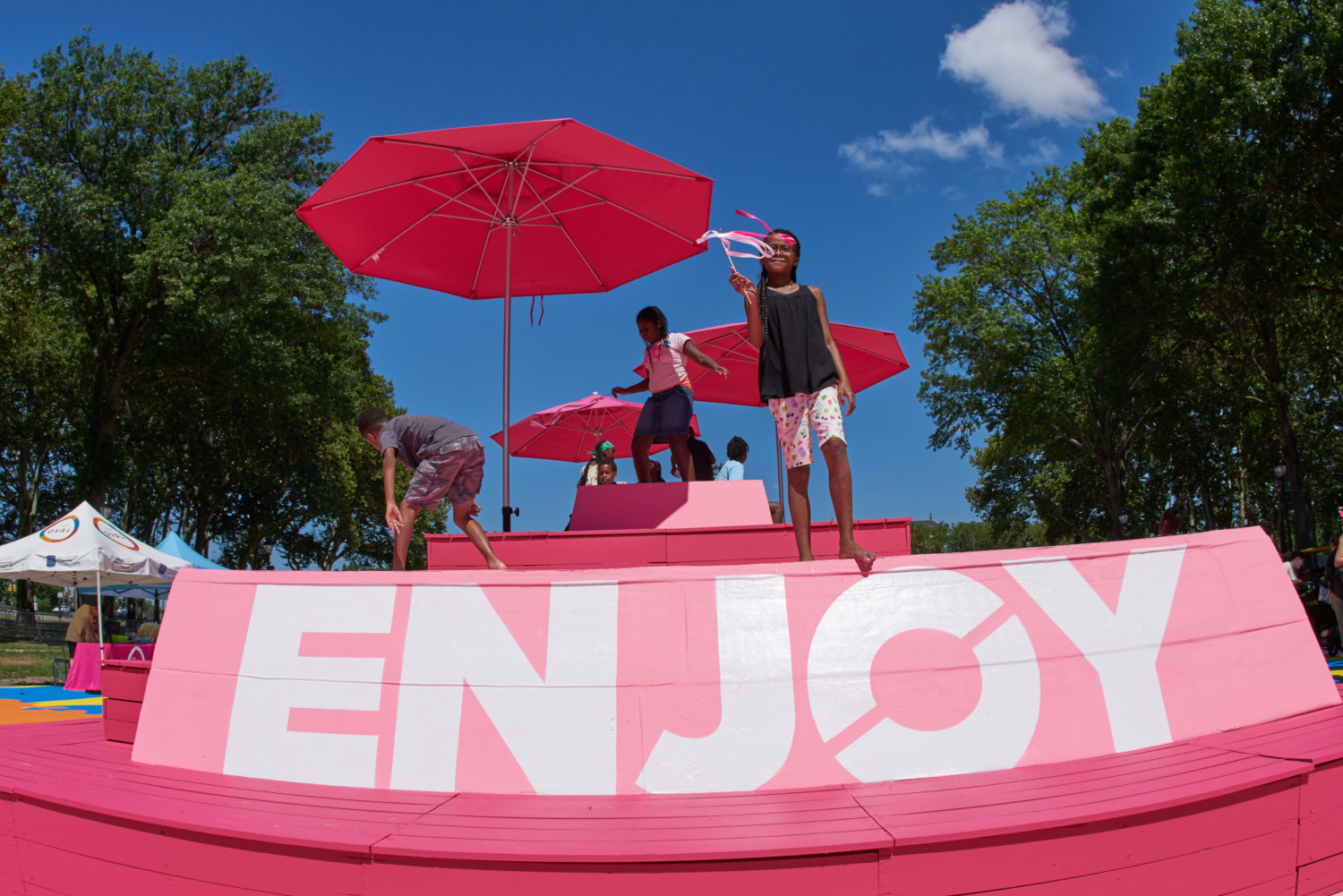 Photograph courtesy of the Christian Zwit.