The University of Illinois at Chicago and North Lawndale proposal to host the Obama Presidential Library fundamentally questions the traditional stand-alone library model in favor of understanding the new library as a catalyzing force within a powerful and unprecedented urban vision that aspires to the transformational capacity of Burnham and Bennett’s 1909 Plan for Chicago.

The proposal outlines a vision for creating an east-west cultural and civic corridor extending from the lakefront Museum Campus through UIC to North Lawndale, uniting and serving community and academic purposes and establishing dramatic new public green spaces throughout the corridor.

While the UIC academic site and the community site in North Lawndale are each viable as stand-alone host sites for the presidential library and related offices, the proposal envisions the use of both sites, including a library and museum on a vacant, 23-acre city-owned parcel in North Lawndale and a visitors center and a proposed “O-4 Institute” for academic-civic collaboration at the corner of Harrison and Halsted on the UIC campus. The O-4 Institute — named for “optimism, outreach, opportunity and one world, extending to the four corners of the world” in keeping with the Obama policy agenda — would host fellowships for academics, and junior fellowships for high school students.

A video (below) accompanying the proposal recounts historic events along this east-west corridor, such as Daniel Burnham’s 1909 Plan of Chicago, which envisioned a civic center at Congress and Halsted; Jane Addams’ Hull House settlement; and Martin Luther King, Jr.’s northern outpost of the Freedom Movement in North Lawndale. 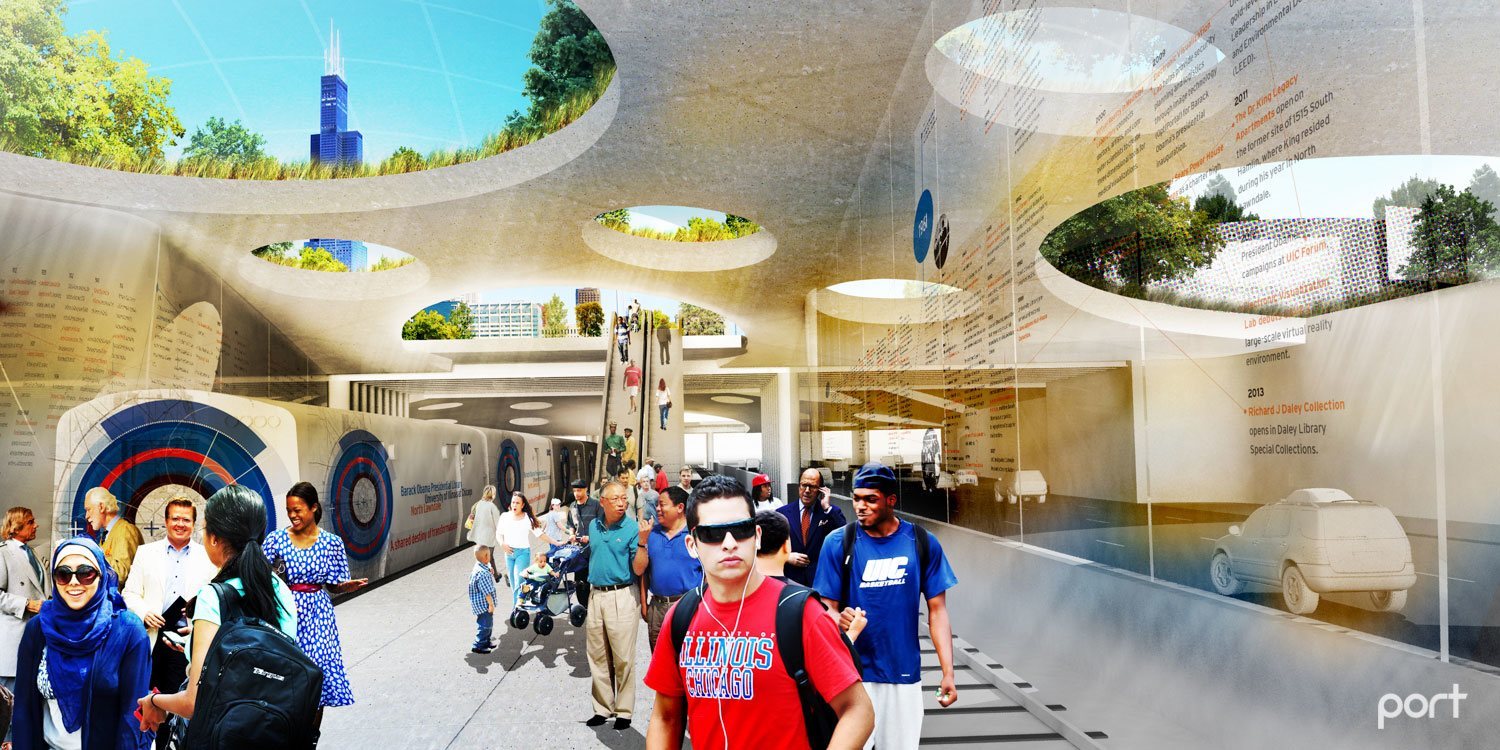 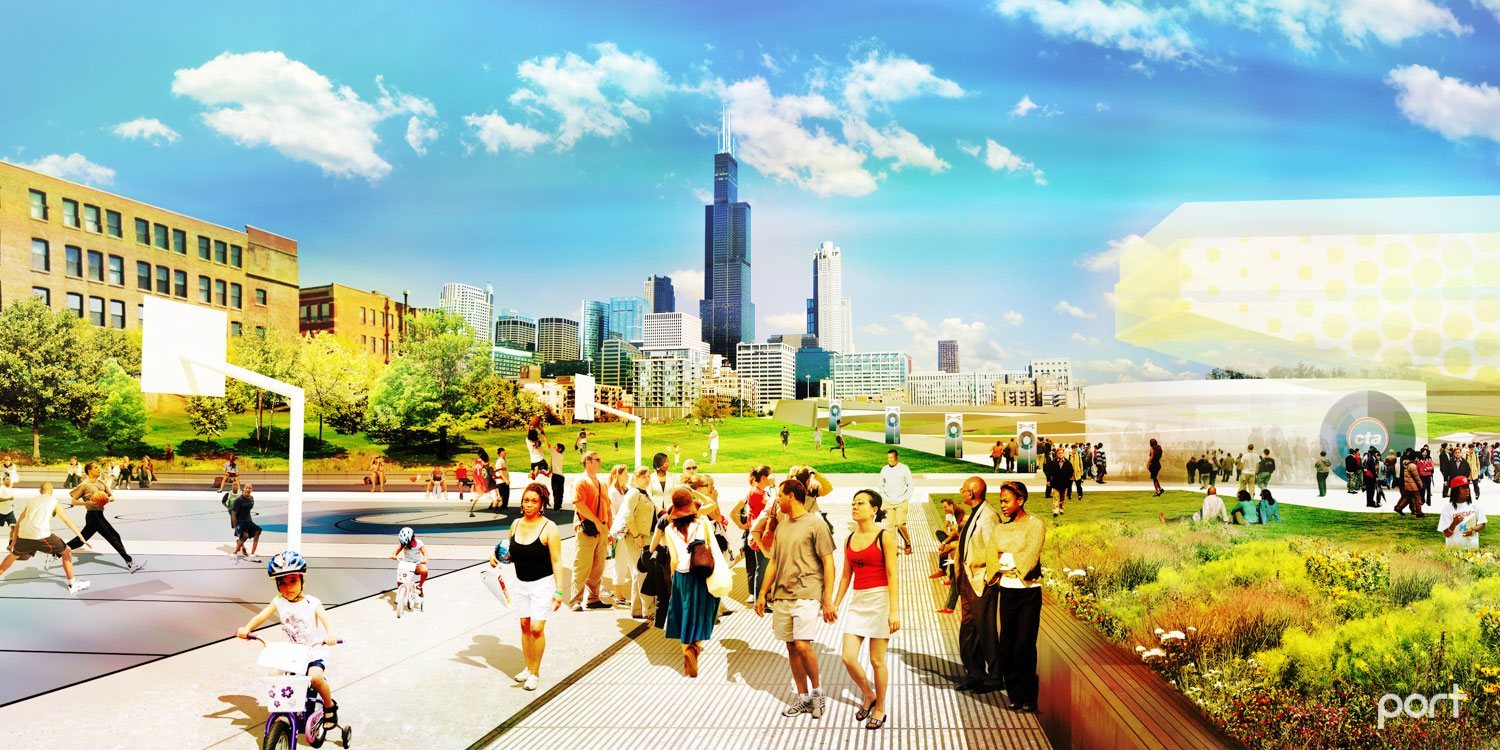 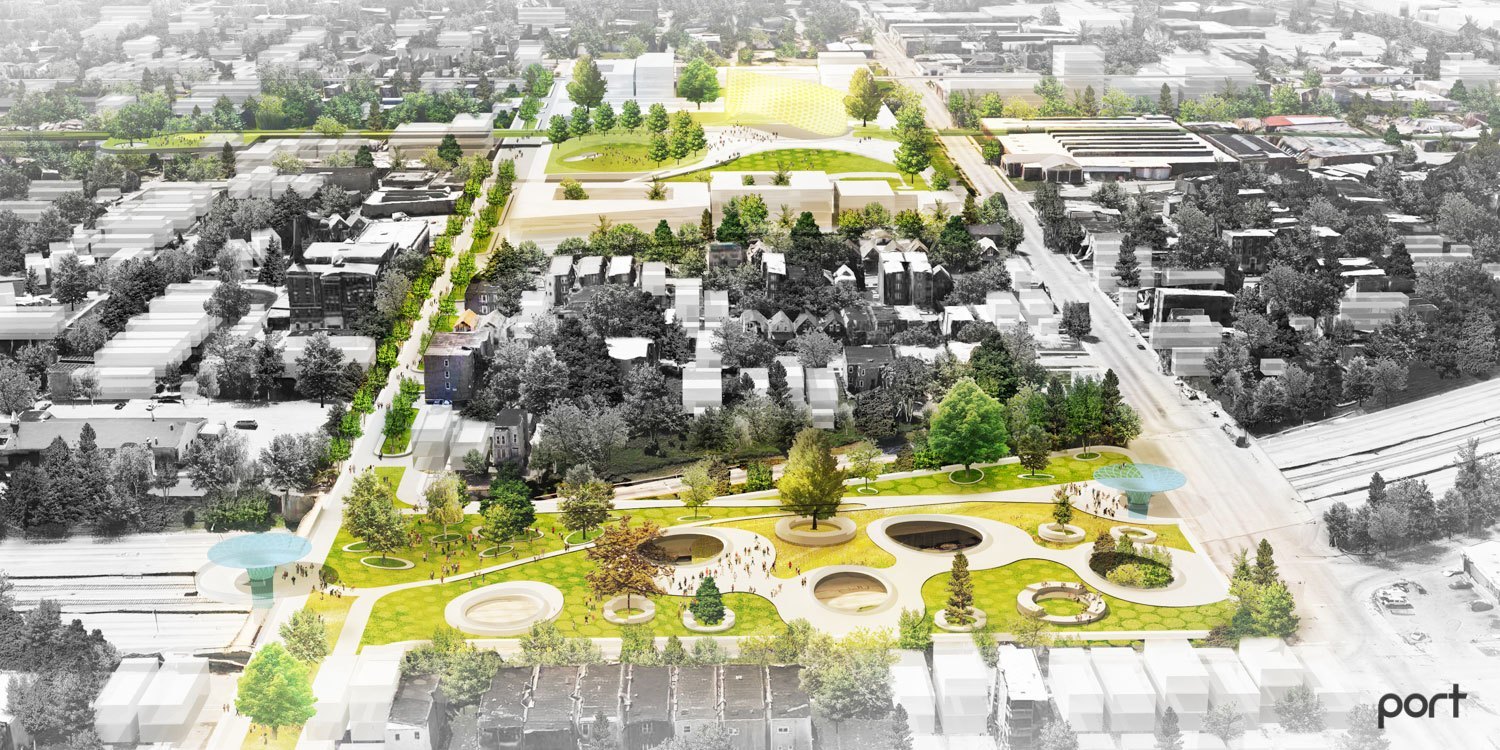 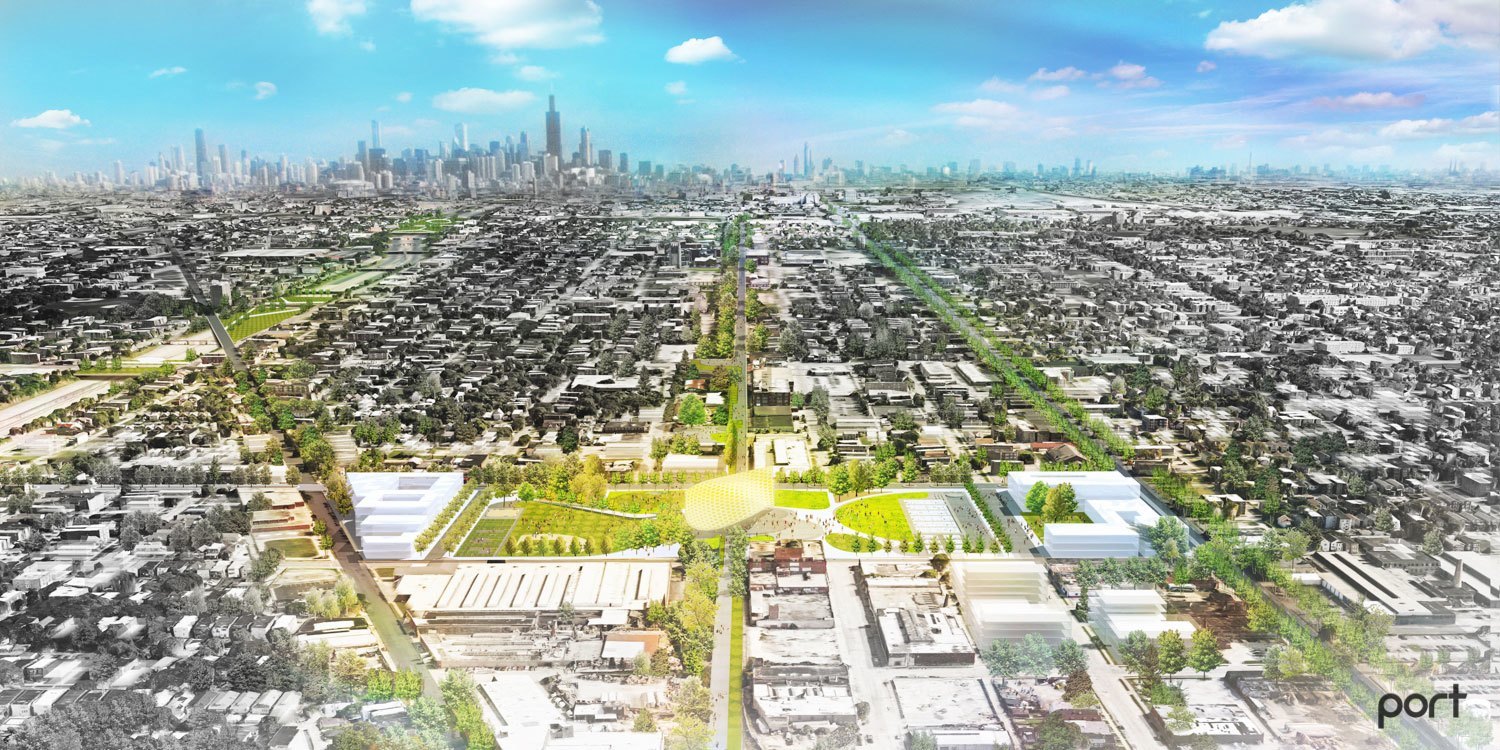 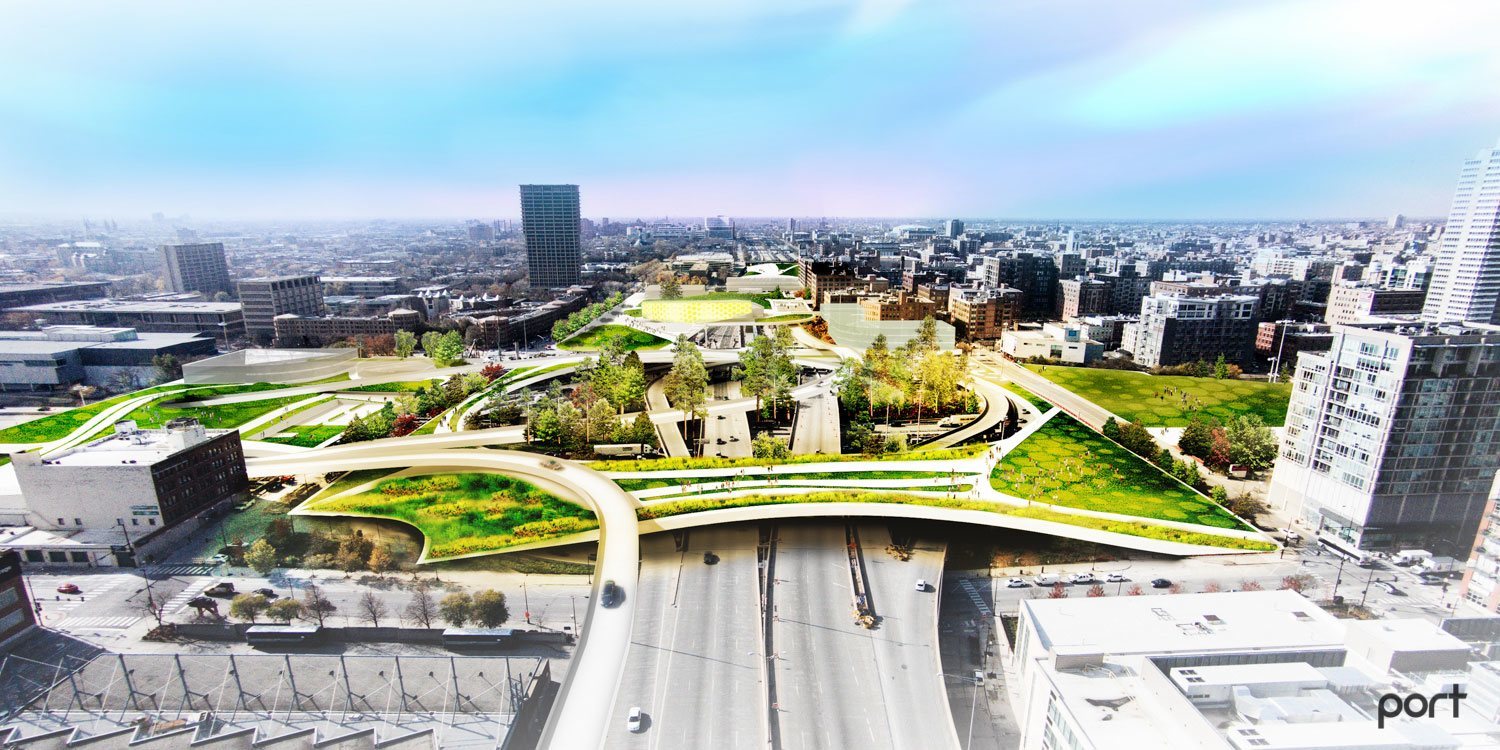 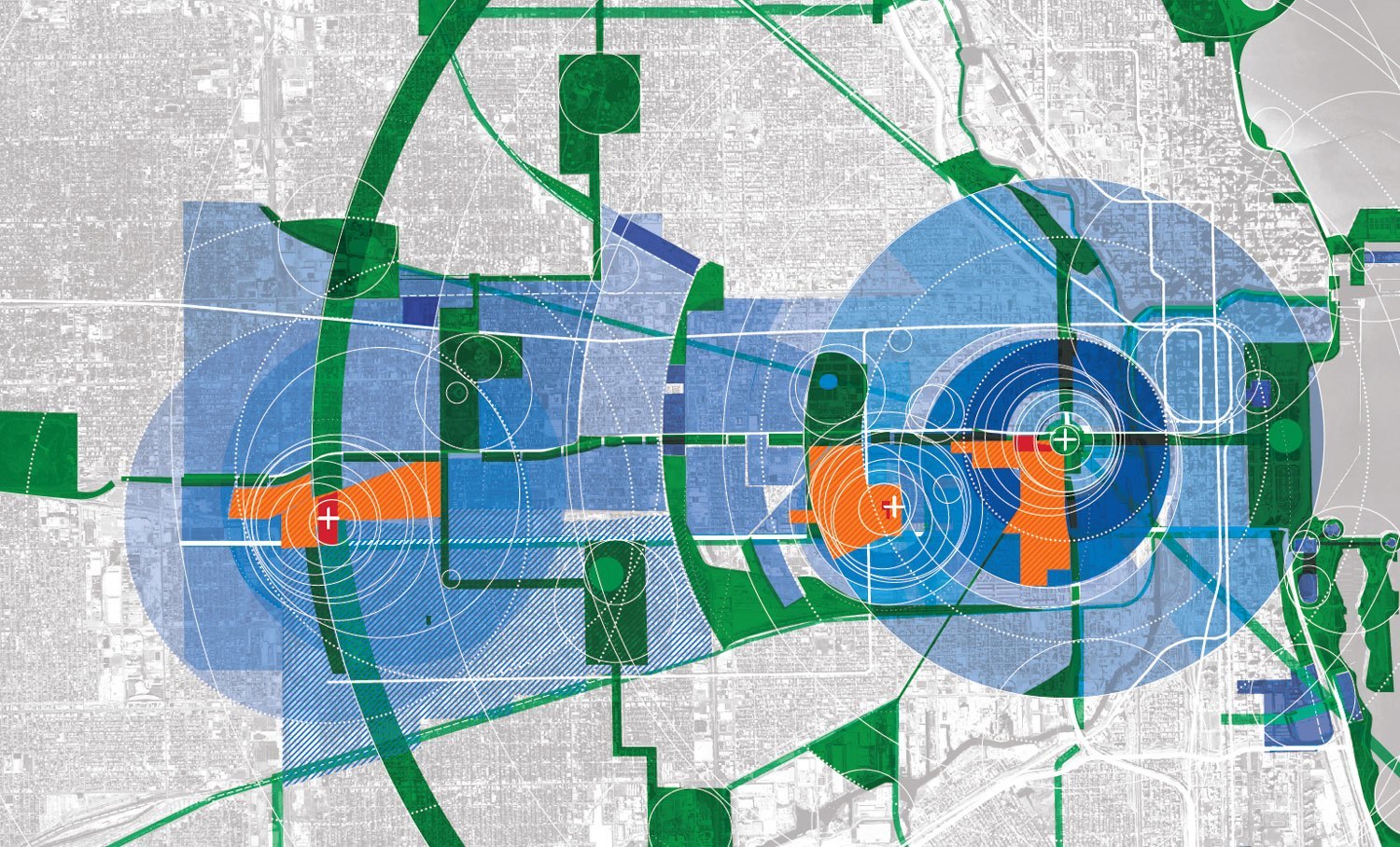