The average home in the U.S. is 2,422 square feet; consumes 32 kilowatt-hours of electricity each day; and produces 4,109 pounds of garbage each year, which will generate 18,000 cubic feet of landfill gas over the next 15-25 years.

From 1947-2001, nearly all of New York City’s garbage went to Staten Island’s 2,200-acre Fresh Kills Landfill, the largest landfill in the world at the time. The landfill was sealed with a state-of-the-art cap infrastructure intended to not only permanently quarantine the garbage pile and safely control its volatile decomposition process, but to harness the nearly 10 million cubic feet of methane-based landfill gas generated each day.

The complex network of wells and pipes under the landfill cap sequester gas that is then refined for daily domestic energy use by nearly 30,000 New York and New Jersey homes.

Little Pink Houses (for you and me) is a 95-acre energy-generating interactive public art installation and recreational public realm amenity consisting of 211 inflatable houses. The houses are distributed along resurfaced existing East Park landfill maintenance roads – including a cul-de-sac – to produce the spatial effects of a suburban residential landfill neighborhood.

Each of the 5 inflatable house prototypes is 2,422 SF and generates 32 kWh of solar power each day through rooftop photovoltaic fabric panels, effectively acting as surrogate energy offsets for exactly 211 “real” average American homes.

The inflatables are constructed in the same fashion as standard commercial double-bladder bio-gas storage systems. The core bladder safely stores 18,000 cubic feet of landfill gas pumped directly from the hundreds of nearby monitoring wells on site, while the outer inflatable shell-bladder acts as a protective air-filled buffer constantly pressurized by a solar powered (bouncy castle) fan. All 211 of the 18,000 cubic-foot core bladders can be fully inflated with only 40% of the landfill gas extracted from the Fresh Kills Landfill during an average day. The suburb can be constructed (inflated) over a period of weeks, or “go up overnight”.

Little Pink Houses visitors can access the site from the nearby Staten Island Mall parking lot and proceed through an inflatable community gate where they are able to choose from a collection of 211 complimentary recreational vehicles for use exploring the suburb. Visitors are free to traverse the site on limey-green bikes, skateboards, big-wheels, scooters and wagons. Play, picnic and other recreational elements are additionally distributed throughout the neighborhood, including swing-sets, trampolines and swimming pools. 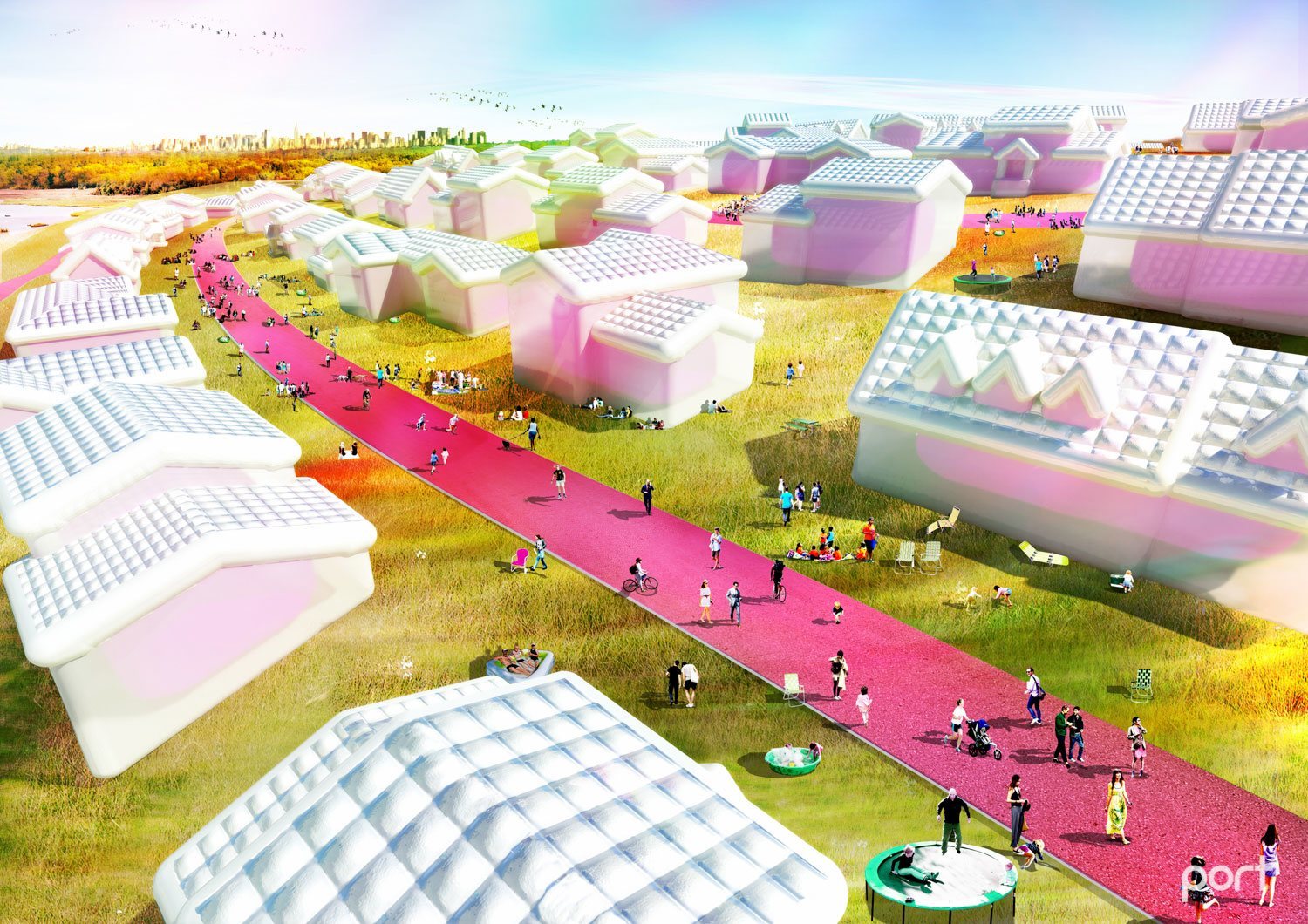 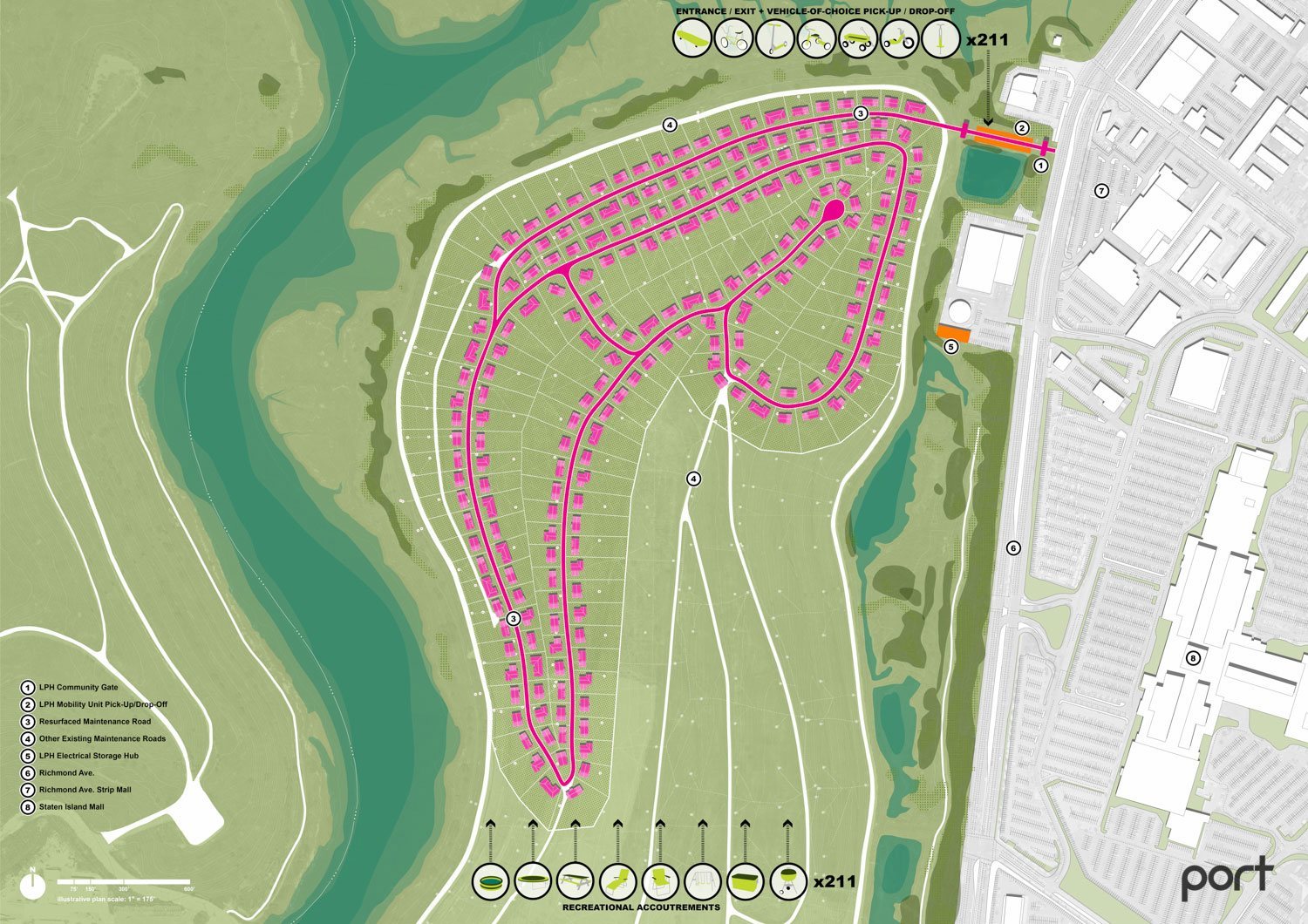 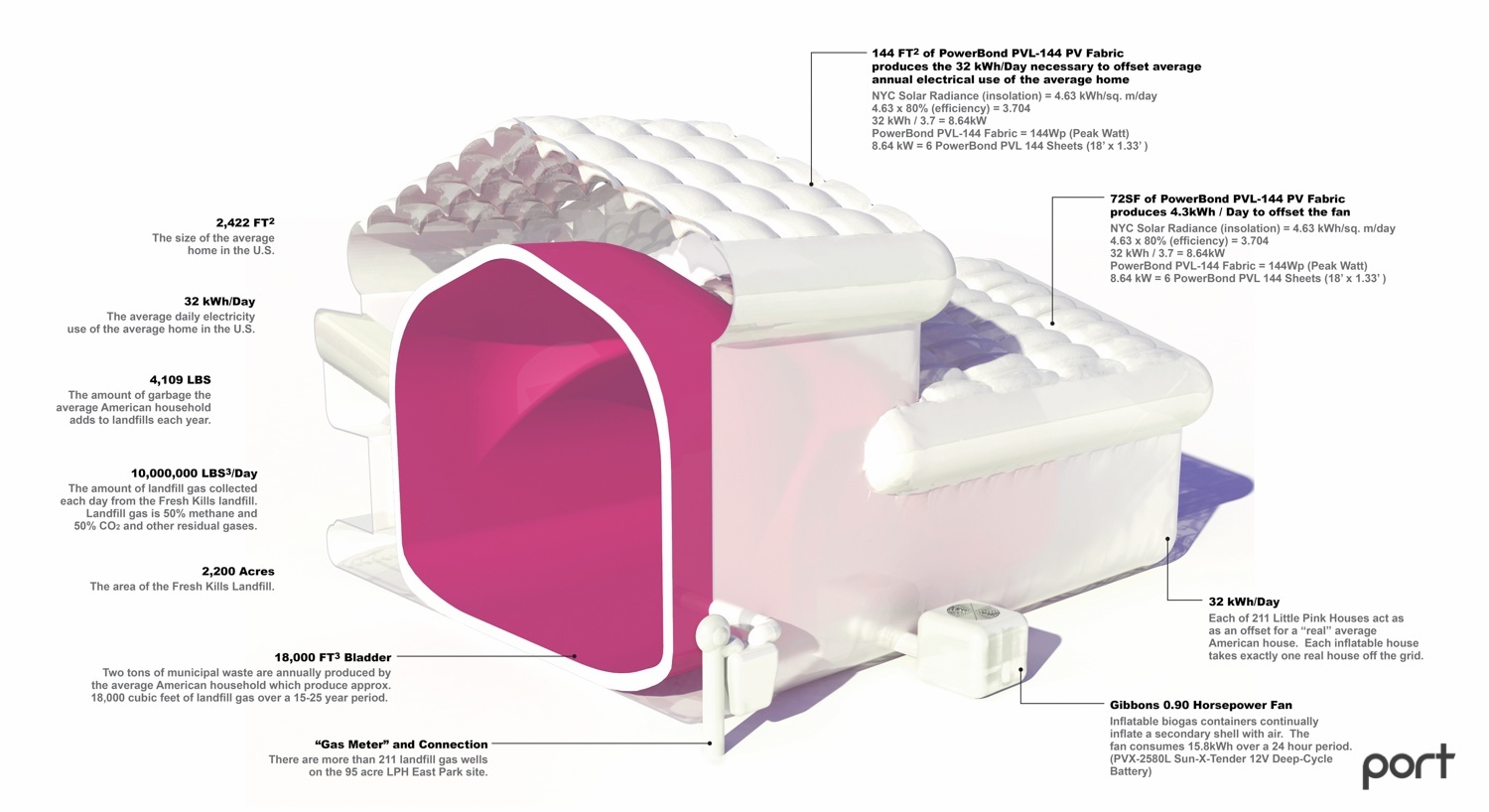 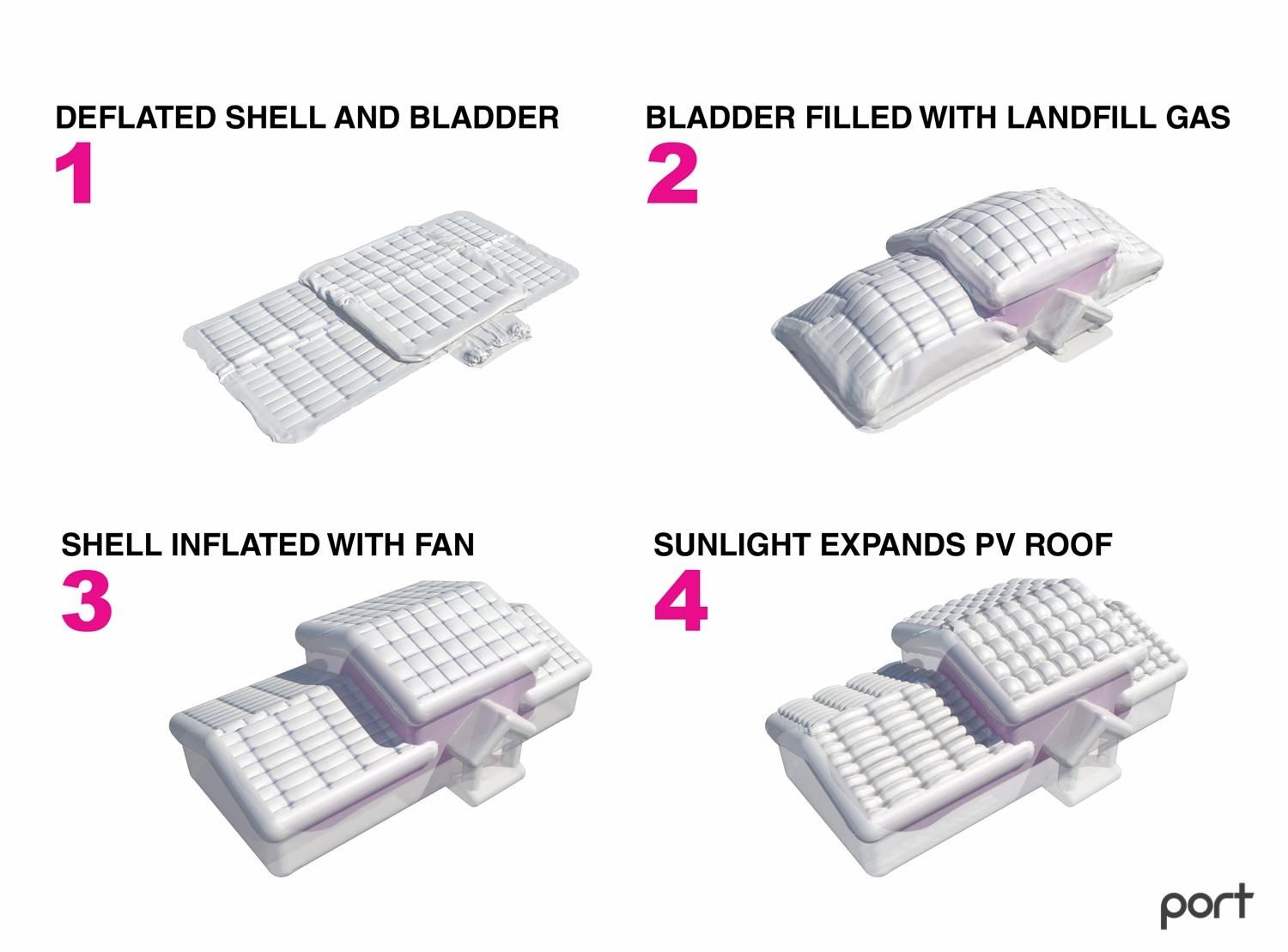